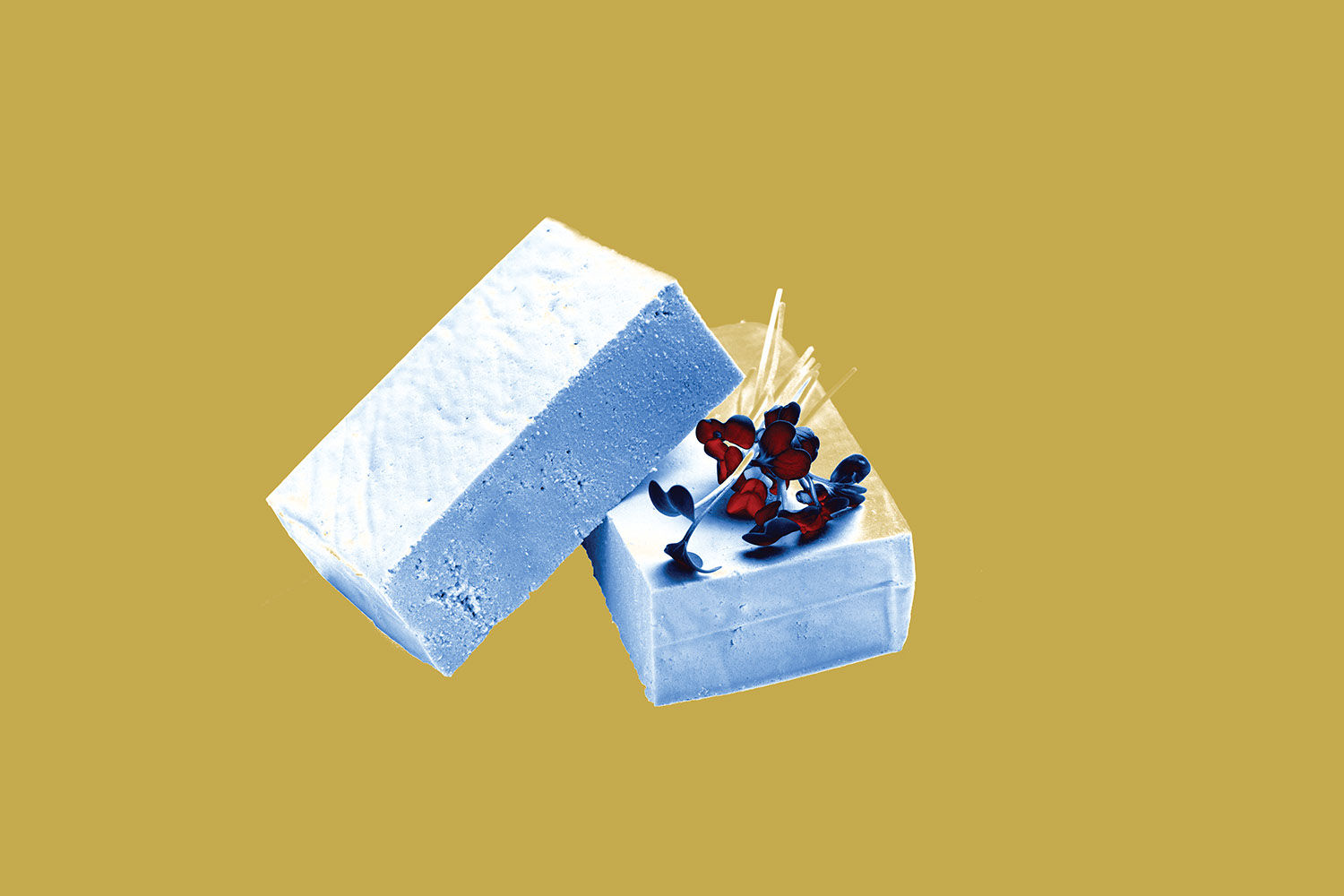 There’s one facet of Japanese culture that makes it stand apart from the rest: A deeply felt respect for the past. Around 70 percent of the Japanese population practices Shinto, a religion that worships ancestors and holds them dear. The oldest temple in Tokyo, Sensoji, is built on a foundation that was constructed in 628 AD. The Japanese even have a specific word that conveys a sense of regret over waste—mottainai—which loosely translates to “waste not.”

This devotion to the continuity of living and non-living things has translated in recent years to a palpable zero-waste movement in Japan. It’s in part an effort to tamp down the throw-away mentality and become more conscious consumers. In fact, the no-waste lifestyle has been gaining momentum all over the world, with its devotees aiming to send nothing to the landfill or gathering all their trash for the year in a single jar. In Japan, the lifestyle has led the entire Japanese village of Kamikatsu to carefully adhere to zero-waste practices, an emergence of zero-waste nonprofits and organizations, and even a Japanese law enacted in 2019 that is helping reduce food loss.

But even with all these efforts and longtime cultural traditions, like any country, Japan isn’t perfect. It also happens to be the second-largest generator of plastic waste per capita, behind the United States. That’s why several Japanese citizens are taking it upon themselves to follow a zero-waste lifestyle, like Ran Nomura, a mother to two teenage daughters, living in Osaka, Japan.

Previously a “university co-op employee,” as she says, Ran began her journey as a zero-waste practitioner four years ago after reading an inspiring book that became a call to action. Famed for her Instagram account @Zerowaste.Japan, Ran has garnered an impressive 155,000 followers. She links her page with a YouTube channel that has nearly 4,000 subscribers and works full-time as an online zero-waste expert and writer.

Transforming her tiny apartment into a sustainable wonderland, Ran is well-known for her ingenious, yet practical tricks and tutorials that show people how to inch closer to a zero-waste lifestyle every day. From how-to ideas that span from eco-friendly gift wrap to using an orange peel as a scrub brush, Ran shows followers that a zero-waste —or at least a less-waste—lifestyle is within reach.

In our opinion, we’re thinking she just might be the Marie Kondo of waste-free living. So, we asked her to share her insights into the practice, along with 20 easy zero-waste tips you can start practicing right now.

Naturally, Danny Seo Why is a zero-waste lifestyle important to you?

Ran Nomura Climate variability is progressing rapidly, and global warming is steadily progressing due to abnormally high temperatures in summer, flood damage caused by heavy rains, and some of the largest typhoons ever. Even if each person’s power is small, I think that if many people work to prevent another generation of filling landfills, we can leave a clean earth for the next generation.

NDS When did you first become interested in a waste-free life?

RN Four years ago, I read a book called Zero Waste Home by Bea Johnson and started a life that produces as little waste as possible. I was very shocked to find out that I lived on disposable items that quickly became garbage and that they have a negative impact on the environment. A convenient life is made possible by mass consumption, but it eventually becomes garbage and causes environmental destruction. From the book, I learned that not only can the amount of garbage generated from homes be reduced, but also the environmental load can be reduced by embracing some ingenuity, so I decided to give it a try. I decided to stop spending my money on garbage and environmental destruction, so I started a zero-waste life.

NDS As a parent, how do you share your sustainable lifestyle with your children?

NDS In your opinion, how does Japan compare to the United States when it comes to sustainable living?

RN Japan’s approach to environmental issues is far behind the rest of the world. Also, many people still do not understand that it is necessary to change their way of thinking in order to reduce the amount of plastic used. In Japan, plastics such as PET bottles and food trays are collected for recycling, but most of them are not ‘recycled’ as you might imagine. Goods reborn from recycling represent about 8 percent of the collected plastics in Japan. About half is burned and the heat is used, which is called recycling. In reality, most items were burned domestically and were a source of air pollution and CO2. In addition, Japan exports about 1.5 million tons of recycled material to developing countries annually.

NDS How can readers improve the environment by living waste-free or less-waste lives?

RN Minimizing the amount of garbage can reduce overuse of resources. By using the existing resources over and over again, you don’t have to buy new ones. In addition, carbon dioxide emitted when burning garbage is a cause of climate variability, but carbon dioxide can also be reduced by not producing garbage.

Carry a water bottle instead of buying water in a PET, or single-use plastic bottle.

Ran uses hers so often that the paint tends to peel off, so she recommends buying a plain, unpainted bottle.

Use a reusable cup when grabbing coffee at a cafe.

Bring your own cup. Ran has also been known to order coffee in an edible cookie cup—that way, there’s no waste and she can savor the sweet “cup” when she’s done with her coffee.

Carry your own eating utensils.

Wrap the utensils in a piece of fabric, which can be used as a napkin. This is how Ran carries her reusable chopsticks.

Use a cloth bag.

Ran uses something called a “furoshiki bag,” a Japanese wrapping cloth that serves as an ideal reusable bag. On her Instagram page, she creates a furoshiki cup carrier by placing the cup in the middle of a silk scarf (or any square piece of fabric), knotting each opposite corner together to create a handle.

Buy vegetables and fruits that are not contained in plastic.

This expert goes a step further by making use of the produce waste itself, using orange rinds as kitchen scrub brushes and turning uneaten lemons into garland.

To go plastic-free, Ran buys chocolate bars wrapped in foil, preferably ones that are organic, vegan, fair trade, and free from palm oil.

Use a shampoo bar to avoid plastic containers.

Or, like Ran, you can purchase hair care items in glass bottles—just be careful not to drop them in the shower.

Ran made the switch to metal safety razors that avoid reusable blades.

Bring your own toothbrush.

Ran says she brings along her own toothbrush “at all times” and carries it in a bamboo holder. That way it’s ready to go with her on trips and she can avoid using the toothbrush provided in hotel toiletries that comes in a wrapper.

Use bar soap instead of body wash in a plastic bottle.

You can make bar soap last longer with Ran’s hack: Attach a metal bottlecap to the back of the soap and hang it on the shower wall using a small disc magnet.

Instead of plastic wrap, use beeswax or silicone wrap.

Or, in some cases, you can use cotton produce bags, which Ran uses to freeze leftover leafy greens for use in recipes at a later date.

Use a silicone bag in place of a plastic sandwich bag.

If you don’t want to purchase silicone bags quite yet, Ran suggests this genius budget hack: Wrap up your leftovers in an empty cereal bag.

Skip traditional dishwashing sponges, which are made of plastic, and use a loofah sponge.

Ran says that she hand-washes all her dishes using a natural loofah and bar soap.

Use a reusable, cloth towel rather than paper towel.

You could also cut up an old towel to turn into rags which Ran says are better because they are sturdier and more absorbent than paper towels.

Do you what you can to reduce food loss.

Ran hits up the grocery store in search of overripe produce that’s destined for the landfill, turning it into just-as-delicious salads.

Rent what you can rent.

If you’re sticking to a tight budget and renting just isn’t in the cards, Ran often pulls furniture from curbs, sprucing up pieces and putting them in her apartment.

In general, buy secondhand items whenever you can.

Ran applies this thinking to the furniture she buys for her apartment, searching for used pieces made from natural materials.

Donate things you don’t use instead of throwing them away.

For example, Ran donates books after reading them.

In the beginning: I didn’t have a business plan; I didn’t delay because all my ducks weren’t in a row; I didn’t allow myself to get in my own way. When I talk to other entrepreneurs, I remind them of this. Everything doesn’t have to be perfect.