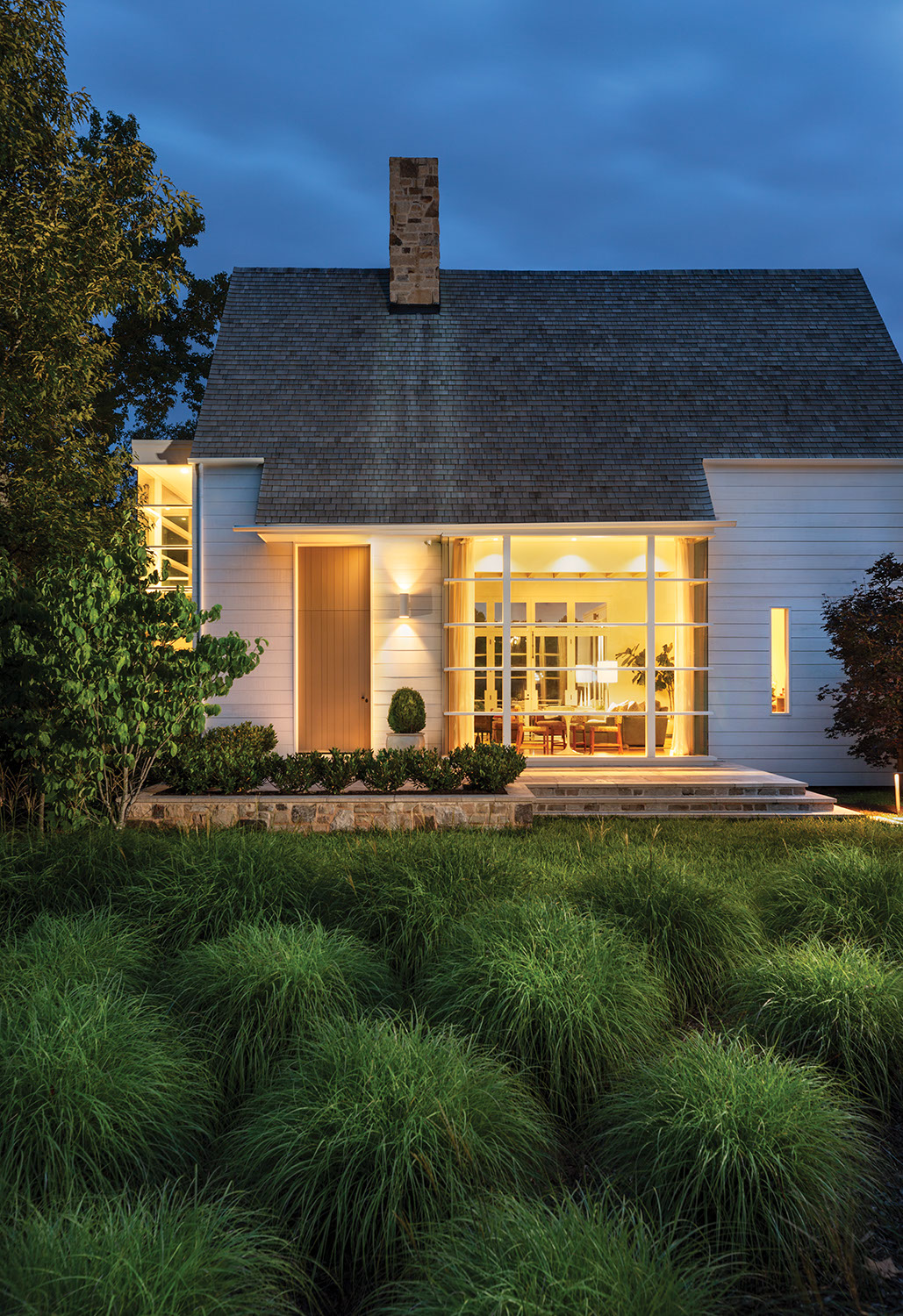 The importance of community has been driven home, quite literally, for all of us in recent months. For Heath Daughtrey and Sunny Whang Daughtrey, it was a lesson they’d already learned in a highly personal way.

The couple was living in the heart of Greenwich Village, and commuting on weekends to be with Heath’s three sons in a much different kind of village: an eco-conscious, planned community called Serenbe, located in a rural area about 30 miles outside of Atlanta. When the boys’ mother tragically lost a hard-fought battle with cancer, Heath and Sunny had a decision to make—where to settle in to raise the boys fulltime.

For Heath, a management consultant, the decision came easy. “We ultimately chose this to be the place that we would grow our roots,” he says, “because the community was so incredibly welcoming and embracing during a difficult time in our lives. I have a deep and soft part of my heart that is loyal to the community for just how they embraced us as a family, and a new family coming together.”

Sunny, who had only lived in L.A., San Francisco, and Manhattan, needed to take a beat before reaching that conclusion. “He’d known this community before I knew him, so it was a natural extension of how we visited the boys,” says the entrepreneur and management consultant. “I had big anxiety about moving from a big city to Georgia—I just never imagined I’d be moving to Georgia. But when I got to Serenbe, it never felt like a big jump. We share the same values.”

Shared values are at the heart of Serenbe. Sure, you can slap a buzzy label on this 1,200-acre planned community—maybe “agrihood” or “wellness village.” But that only begins to describe this holistic outpost tucked into the Chattahoochee Hill Country. Serenbe (a fusion of the words “serenity” and “be”) was conceived by visionaries Steve Nygren and Marie Lupo Nygren 20 years ago as a kind of anti-suburb. This is no scrape-and-build development with a rigid grid of homogenous houses. It’s an environmentally-aware village ala the European model, where roads meander through neighborhoods—or hamlets in Serenbe speak—that include a mix of retail outlets and residences. All are designed to hug the land and leave plenty of nature in between.

Architects and house plans have to be thoroughly vetted—for scale and diversity. No overbuilt McMansions or generic suburban fare will make the cut. To meet Serenbe’s strict environmental goals, all houses carry EarthCraft certification (signifying that they meet sustainable, energy-efficient building standards for homes in the Southern region). They are geothermal heated and cooled, and solar-powered. All of which bring the structures close to net-zero energy demand.

When Sunny and Heath decided to make Serenbe their permanent home, they made a commitment to both the community and to each other: They were married on the Serenbe grounds in 2013. Though they had first rented a townhome there and then bought a home sized for weekend living, it was time to upgrade—especially since a fourth child had been added to their crew. “So, we embarked on a journey to acquire a piece of land,” Heath says, “and really just took it from dirt to what it is today.”

To get from dirt to dwelling, Sunny and Heath enlisted noted Atlanta-based architect Bill Ingram. Read his website’s “about” page and you just might find yourself dreaming of chucking it all and starting over with a plot of soil somewhere, too. Take this passage, for instance: “Life is filled with choice. We can choose to fill our world with things. Or we can choose to simplify. Simple design creates peace. Organically. Places of texture, of balanced beauty, of old-world sensuality dancing in modern spaces. Embrace calm restraint in a world that needs it.”

This old-world-meets-new philosophy spoke to the couple, who leaned toward a warm modern aesthetic that Heath labels “California contemporary.” He says, “We both enjoy modern lines, but we’re not into that very sterile or clinical modern. We wanted to create something that was a modern take on vernacular. So, we landed on a modern interpretation of a farmhouse.”

Heath has a passion for design, so he got into the weeds of the process. Sunny dipped in when the wide world of design elements and materials had been winnowed. “I have an opinion but not a nuanced or technical understanding of design,” she says. “I’m much better with making the ultimate decision from a few choices. But we chose Bill because we knew he had great taste and so he took a ton of burden off.”

“We both enjoy modern lines, but we’re not into that very sterile or clinical modern. So, we landed on a modern interpretation of a farmhouse.”

The house has a strikingly simple silhouette, with pointedly pitched gable rooflines and minimal architectural adornment, save for jewel-box windows that add dimension and sparkle to the structure while scooping in both light and view. Inspiration for the windows and an interior concept that provides for communal and private zones is owed to the 1921 Schindler House in West Hollywood, credited with kickstarting modernist design when we were barely past the gussied-up Victorian era.

Upstairs is the girls’ private world; the lower level is given over to the boys. The couple’s bedroom lives on the main level, equidistant to both areas. The main floor is also where the family comes together. But rather than a voluminous box of a space, Ingram used multiple ceiling elevations for a more intimate but still open design. Varied ceiling heights also signal transitions between the foyer, the living and dining space, and the kitchen.

The home’s interior spaces are finished with a thoughtfully balanced mix of natural materials, such as smooth poured concrete counters with textural natural stone or pale wood ceiling beams and dark weathered floorboards. Within the spaces, clean-lined furniture wears mostly linen and leather coverings in earth-based hues. “It reflects the limited colors you’ll also find in my closet,” Sunny says.

The roof’s pitch turned out to be a fortuitous choice when, during the process, the Daughtreys learned another child was on the way. “We instantly put in a call to Bill and said, ‘Bill, we’re going to have another child. We need to think about accommodating some new design changes,’” Heath says. “That actually led us in midflight to modify the top floor of the home by taking advantage of a really high-pitched roof for another bedroom.”

Unforeseen realities also shaped the boxy garage design when the crew hit bedrock two weeks into the grading process. “We discovered granite under the lot, and we got to a point where we had tried every piece of commercial equipment with the exception of explosives,” Heath says. “We raised the elevation a foot, but still didn’t get the slope that we were looking for. So, we rethought what was supposed to be a roofline that was a marriage with the main house. It would have distracted and diluted our view to Grange Lake.” The result is a modular structure that relates to the modern side of the home’s personality and, when painted a deep forest green, recedes to make way for a vast pastoral view.

If recent events have given us reason to reflect on the importance of community—not to mention the peace found in nature—they’ve also given us ample time to consider the design of our shelters. For this family, the reviews are positive. “We’ve all spent so much time in this house lately,” Sunny says, “that I’ve learned to really appreciate the thoughtfulness that went into its design. I feel like we use every inch of this house, and that’s important to me.”