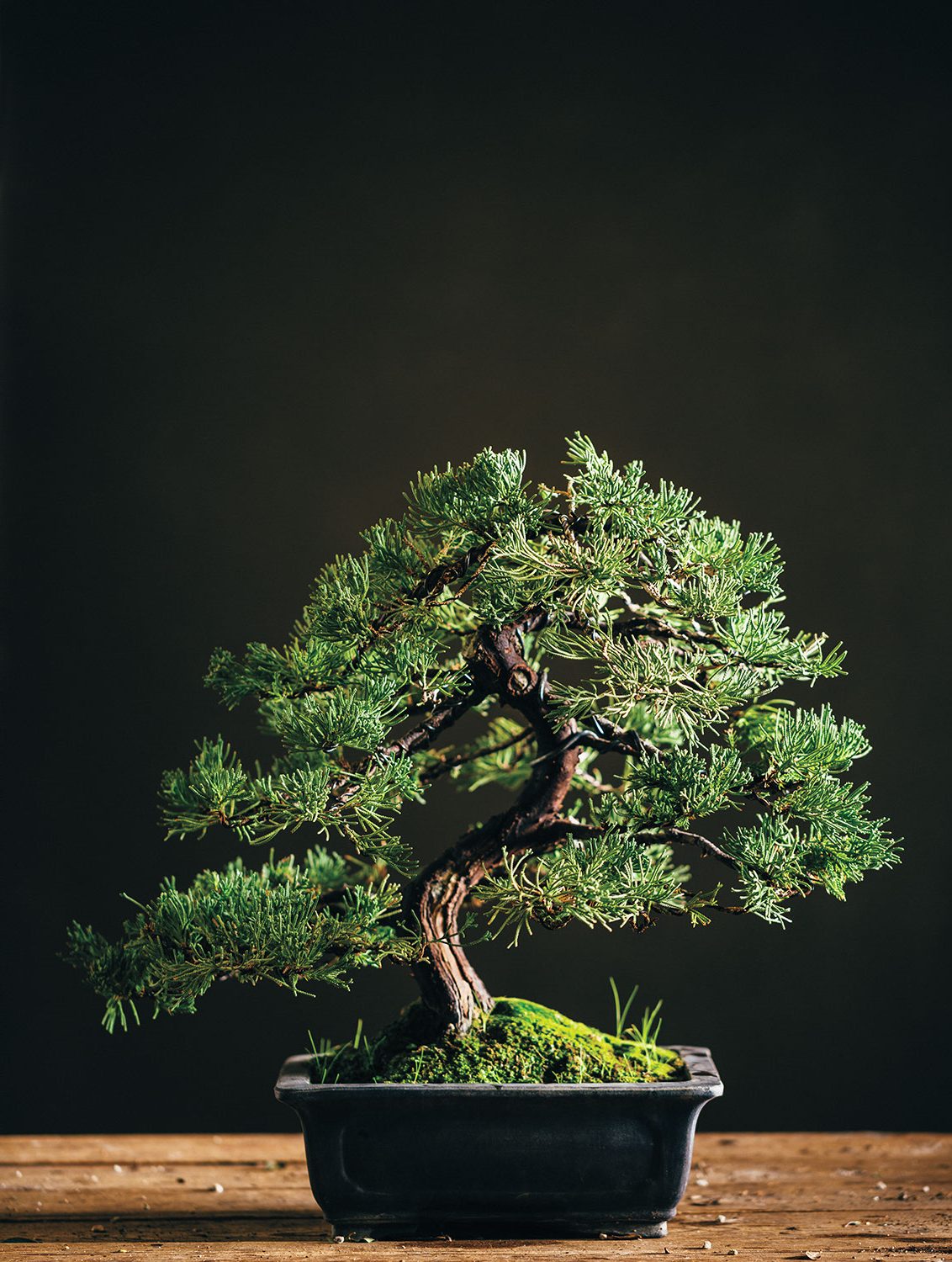 Early last year, in the wee hours of the morning, professional thieves made off with two prized bonsai trees from the Pacific Bonsai Museum in Washington State.

Even though the bonsai heist included tress that were young by Bonsai standards, the museum deemed the trees priceless because of their histories. There was the Japanese black pine grown from seed in a tin can by Japanese-American Juzaburo Furuzawa while he was imprisoned by the United States government in a Utah internment camp during World War II. And the thieves nabbed a silverberry created in 1946 by one of the few renowned female bonsai artists, Kiyoko Hatanaka.

In the tight-knit bonsai community, word of the theft traveled fast and, days later, the trees were mysteriously returned, left in the rain on a road leading to the museum.

“When those trees were stolen, every bonsai nursery and organization spread it out on social media so quickly that the thieves had no choice but to return them,” explains Jason Chan, a bonsai artist who owns a nursery in Southern California.

Bonsai in Japanese simply means “tree in a pot.” But bonsai originated in China during the Tang dynasty by artists who believed that by recreating nature in miniature, they could harness the magic of nature’s majesty. In the sixth century, Buddhist monks brought bonsai to Japan where royals and the affluent popularized it as a way to demonstrate their wealth and mastery over nature. Eventually in Japan, bonsai crossed the class divide. This horticultural art caught the attention of Europeans when Queen Charlotte of England, an amateur botanist, was gifted a bonsai in 1806. Stateside, bonsai took off after American soldiers brought trees home from Japan after WWII.

In many families, bonsai are prized inheritances, passed down from generation to generation by bonsai practitioners who shape and prune with the wild landscape in mind. Some bonsai artists also use wire to train their trees. But, no matter the technique, it’s all about trying to capture the ebb and flow of nature and mimic mature trees in miniature form.

Chan’s passion for the art sparked when his wife Renee bought him a Chinese elm bonsai. He promptly killed the tree but it appealed to his artistic side and he caught the bonsai bug. He joined local bonsai clubs and became editor of a bonsai magazine. The couple eventually parlayed Chan’s obsession into Eastern Leaf, their nursery and retail outlet in Chino, California.

Educating people about bonsai is part of Chan’s mission. He helped establish Bonsai Jidai, Southern California’s premier bonsai school, and the Eastern Leaf website (easternleaf.com) is a treasure trove of bonsai knowledge with Chan’s YouTube video tutorials, articles, and an on-line shop where intermediate and beginner bonsai practitioners can get everything they need.

Like any piece of fine art, Bonsai are coveted by collectors. In 2012, an 800-year-old pine, with a thick, gnarled trunk, and a magical fairy tale-worthy broad canopy, made headlines when it sold for nearly $1.3 million at auction in Japan.

In non-COVID times, Chan also offers monthly two-hour workshops where students can learn styling techniques, care, maintenance, and how to turn raw materials—a tree and a tray—into their own creations. While the basic techniques are not hard to learn, Chan says practice and confidence are key. “I’ve had students who have studied with me just for a year, taking 20 hours of classes, and by the end they’re styling their own trees confidently.”

Having an artistic sensibility also helps. “Bonsai is like a living sculpture,” Chan says. “And like any artist, whether they’re a photographer, a sculptor or a painter, there are guidelines and principles that help make a good piece.”

But bonsai is also a practice of patience and observation. A bonsai artist may only make one cut a year on a tree and often, like with all endeavors involving nature, you have to work with what you have. “You can’t hurry or force the trees,” Chan says, adding that it can take several years for one tree to get a trunk wide enough to begin shaping. “Things aren’t fully in your control and bonsai lets you accept that. You have to adjust to what the tree gives and that’s when the art form gets interesting.”

The late John Y. Naka, who has been called “Patron Saint of Bonsai” in America, put it best when he observed: “What I like about bonsai is that it has a beginning but no end. A bud today becomes a branch tomorrow. It is like searching for the rainbow’s end; the farther it is pursued, the farther away it is. There are no borders in bonsai. The dove of peace flies to palace as to humble house, to young as to old, to rich and poor. So does the spirit of bonsai.”

In 1975 the family of bonsai master Masaru Yamaki gave The National Bonsai and Penjing Museum in Washington D.C. a white pine that was planted in 1625 and cared for by their family for five generations. The gift symbolized friendship between the two countries and an important piece of world history; the tree had survived the bombing of Hiroshima.

Chan, whose self-published Bonsai Pocket Guide: A Beginners Journey, will be available on the Eastern Leaf website this Spring, gives us tips about how to bonsai. If you’re lucky enough to have a bonsai club in your area, Chan says that’s the best place to start your practice. “It’s easy to be bitten by the bonsai bug,” he says. “Once you see your tree grow and the shape you create, you’ll get hooked. You’ll just stare at it and say with satisfaction, ‘I did that.’”

The biggest misconception about bonsai is that they thrive indoors. Bonsai are outdoor plants, but can grow indoors under the right conditions.

Like trees, they flourish with natural sunlight and weather variation.

SHOPPING FOR A TREE

Choose a tree you love.

Almost any tree can be made into a bonsai but, for beginners, Chan suggests juniper, pine, boxwood, Chinese elm, or olive trees.

You can find trees at your local nursery. Look for trees with a thick textured trunk and a wide array of branches with compact foliage, flowers, or fruit.

Chan advises that most nursery stock will not be bonsai-ready so if you’re a beginner, the easiest way to get started is to find an online store that specializes in bonsai. Expect to pay anywhere from $25 to $100.

Good bonsai soil depends on drainage, aeration, and retention so choose a mixture that includes loam, peat, and sand.

Since you don’t want to overpower your tree with your pot, pick one that is 80% the width of the tree foliage.

Select a color that you believe complements the color of your tree’s foliage.

You don’t need to spend a lot of money. If you already have good garden shears at home, use them.

If you want to use wire to shape your trees—a common practice—get a wire cutter.

To remove dead foliage, you can use your fingers or a tweezer.