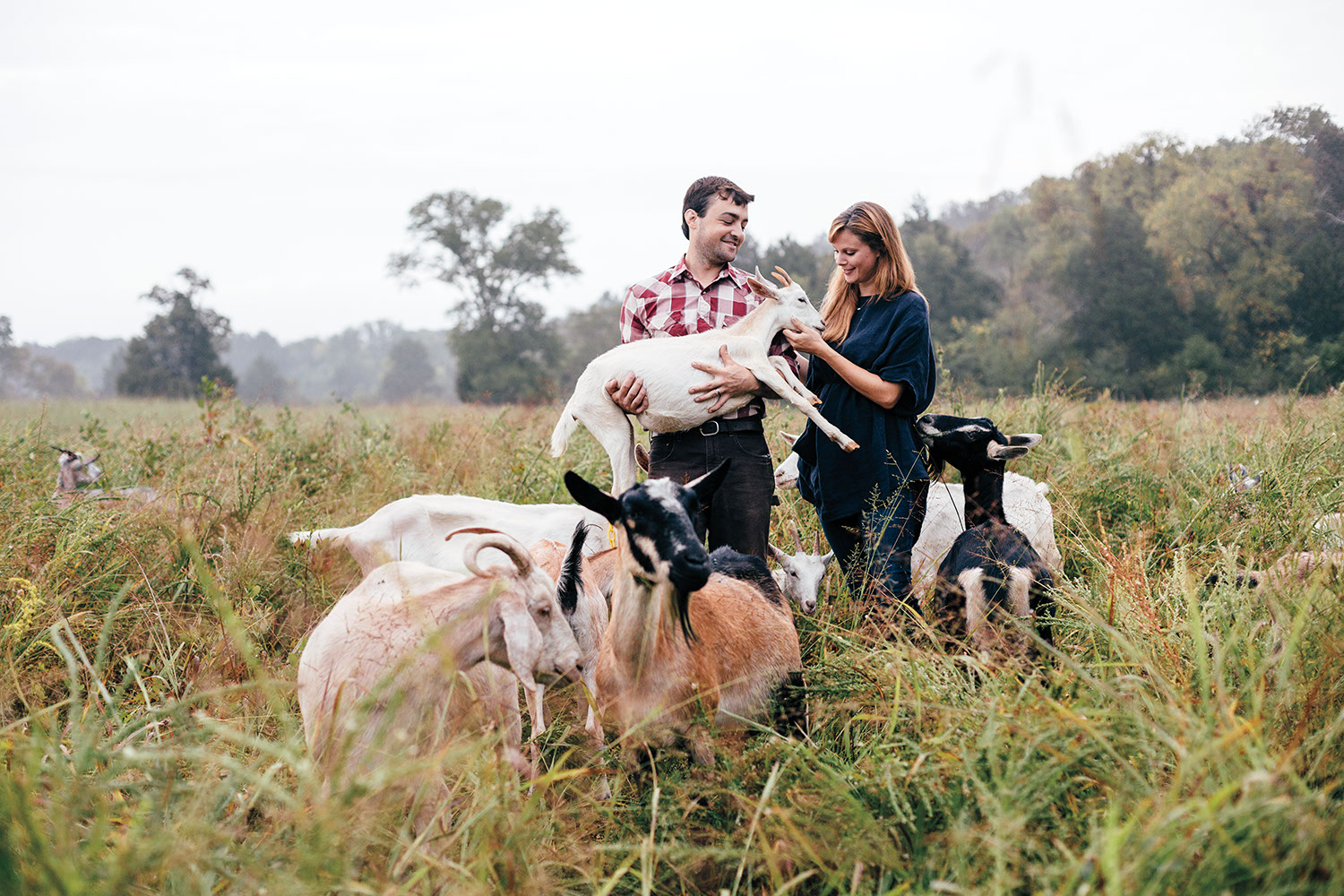 By all accounts, James and Eileen Ray had successfully launched careers—him in finance, her in fashion. The money was good and they were in New York City, the epicenter of their chosen industries.

And they were miserable.

“Both of us started looking at the fields we were in and the people we worked for,” says James, “and we realized we don’t want to raise our kids in this environment. We decided to jump in and make the change in our 20s before we got sucked in further and ended up at 50 still wanting a different life.”

So the financier and fashionista did what any disillusioned young professionals would do…they became goat farmers. For real. The fact that they had zero experience with farming didn’t daunt them. “We knew we wanted to work together and do something entrepreneurial,” says Eileen, “we thought about a bed and breakfast or a small retail business, but the idea of farming was both intimidating and very interesting to us.”

From his office in Manhattan, James began searching for farms online until he landed on an abandoned 80 acres east of Nashville. The two pored over information on the local climate, sustainable agriculture, rotational grazing and the like, until they were ready to go all in. “We figured what we stood to gain in terms of quality of life far outweighed the risk,” says Eileen. “We were confident we wouldn’t die doing it. The worst that could happen was we would have to go crawling back to our former lives. Once we dove into the research it became real…and we had each other to convince ourselves we weren’t crazy.”

The first step was to coax plant life to return to soil that was completely fried from years of overuse. They planted native grasses and plants that offered up natural forage that would sustain the goats. Then it was time to bring in the animals. “When we first got the goats we didn’t know what we were doing,” admits James. “But we owned dogs so we thought we knew something about animal care. We actually put collars on our two goats and led them to where we wanted them to graze. But within a couple days we realized we didn’t need to leash them—they had no desire to run off to the big city.”

Trial and error became their best, exacting teachers. And, though they had neighboring farmers scratching their heads (“They would check up on us often to make sure we didn’t fall into a sinkhole or something,” laughs Eileen), they actually considered their rookie status a plus. “We didn’t grow up on working farms…but the way we wanted to farm was relatively radical,” Eileen says. “It was a new way of thinking so we weren’t tied down by generational wisdom. Our ignorance helped us be fearless in maintaining the sustainable route.”

Goats are regularly rotated to fresh grass to ensure regenerating pastures and healthy animals. Every member of the herd is given a name.

They were encouraged by the Nashville area’s burgeoning interest in the handmade and homegrown, including sustainable agriculture and artisanal goods. The area’s multiple farmers’ markets and perceptible spirit of collaboration gave them the chance to study what worked for others in the community. “We became farmer’s market lurkers,” says Eileen. “We literally spent hours talking to everyone there and using those people as mentors.”

For the first couple of years, they focused on spinning the goat’s chemical-free milk into cheese until they realized they needed a product with larger margins to keep the farm afloat. That’s where the best mentor of all came in—grandma. Eileen had learned soap making from her grandmother, and the two would make soaps from the goat’s milk for family and friends at holiday time. They began getting requests for it during the off-season and eventually started hauling it out at the local markets.

It was a winning formula. The goat’s milk replaces water in the process, offering up gentle, nourishing, and moisturizing butterfat that soothes dry or irritated skin, including the most sensitive types. Because of its unique structure, in particular its short protein strands, the abundance of natural minerals and vitamins in the goat’s milk is easily absorbed into the skin, where it  hydrates, protects, and heals.

But the formula is not completely new. In fact, Eileen searches for throwback methods that favor natural ingredients over chemical additives. “My grandmother will send me books about pioneer secrets and they’re so fascinating to study,” says Eileen. “I loved discovering that modern beauty can be extracted from natural materials. I mean it’s right there in your kitchen. If you took a strawberry and rubbed it on your face every day you would have great looking skin thanks to the vitamin C and exfoliating seeds.”

Research and development (which often happens at the their kitchen table) led to more soap formulations using everything from activated charcoal (come to find out, this is standard “equipment” in ambulances for its ability to absorb, bind, and exfoliate toxins and irritants from the skin) to beer (in collaboration with Nashville’s Jackalope Brewery, the hops offer up amino acids). All of the soaps start with certified organic olive or coconut oils, which are a more environmentally sound and healthful choice than palm oil. Organic essential oils provide the fragrance. No artificial colors are used. “We test on humans…ourselves,” Eileen says.

Their startup attracted a lot of attention, including from retailer West Elm, who awarded Little Seed Farm a $25,000 grant through its LOCAL initiative. The money went right back into the farm, helping to pay for a solar unit that provides all of the farm’s energy. They also consulted early on with a chemist to help develop lotions…a trickier recipe to pull off. Now, an expanding team of employees and specialists means help with both goat care and product development (the line has expanded to include scrubs, cremes, and natural deodorants), and allows the couple more time to spend with their son George and daughter Cecilia.

“We’re still in shock that we built a viable business,” says Eileen. And though the two admit the road to a simpler, sustainable lifestyle has meant long days, serious manual labor, and tolerating a few setbacks along the way, they are hard-pressed to come up with a single regret. “We’ve had some really shitty days here,” says Eileen, “an animal dies, or there’s a break in the fence, or a bunch of stuff goes wrong with the equipment. But farm drama is so much easier to deal with than city drama. Maybe it’s just easier to deal with crap when you’re happy.” 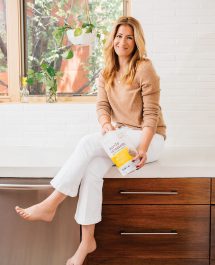 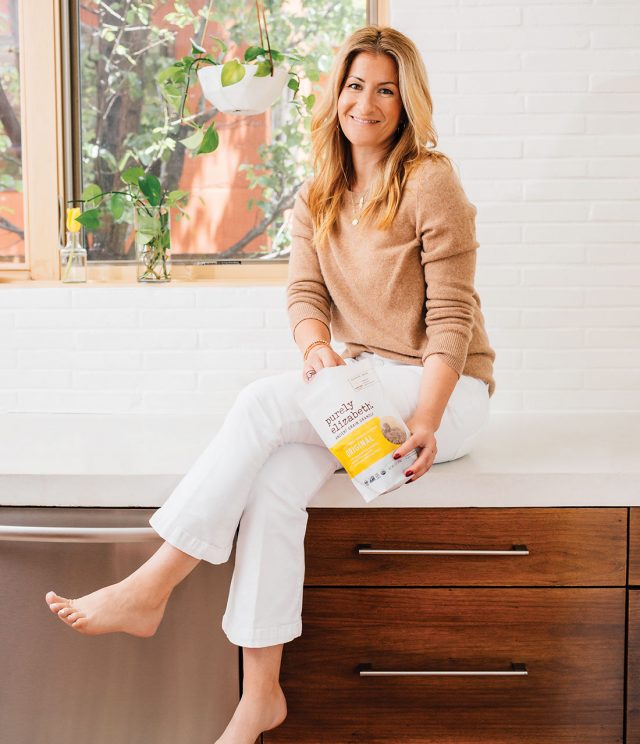 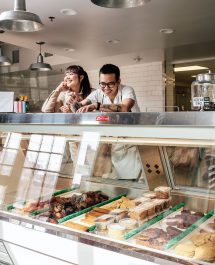 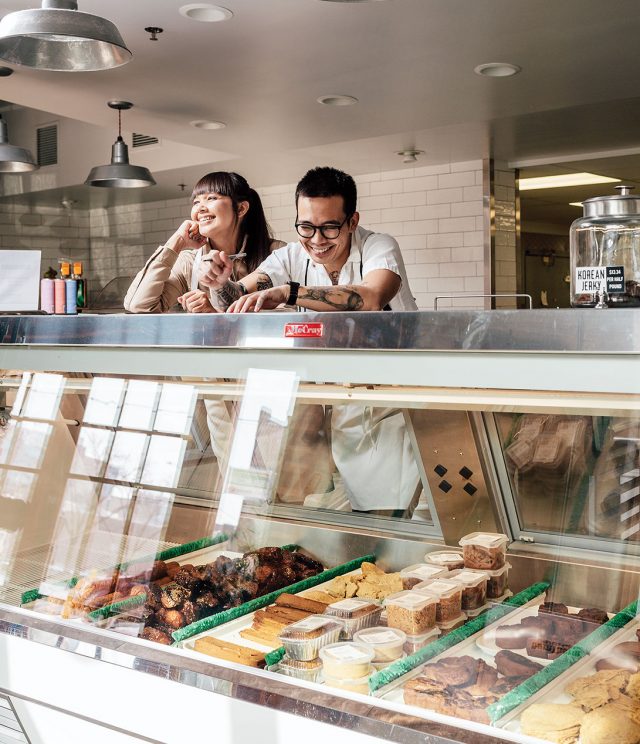 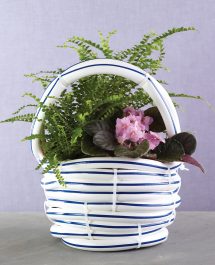 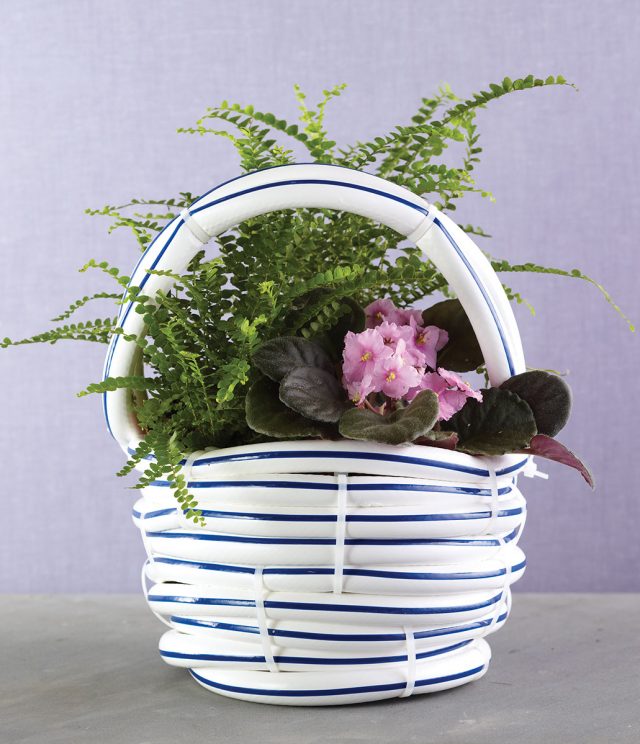 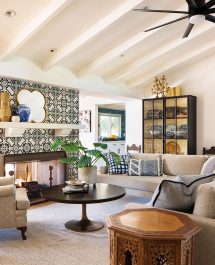 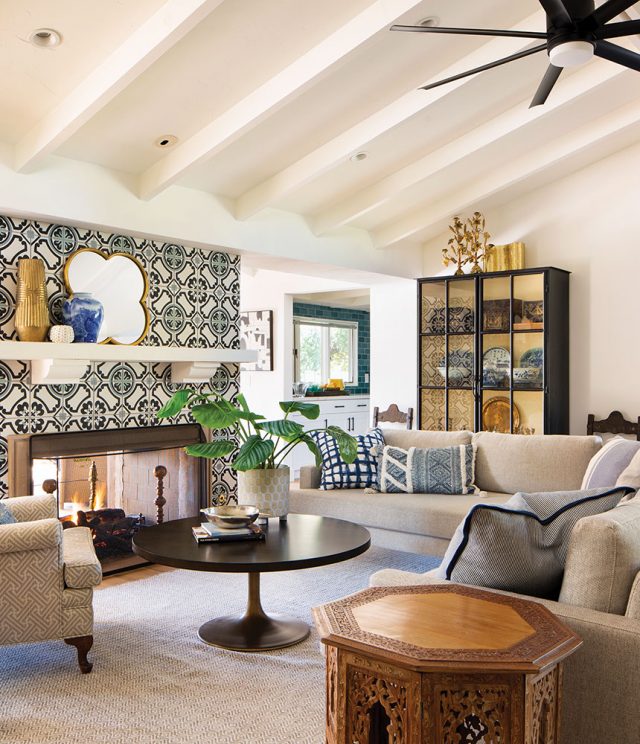