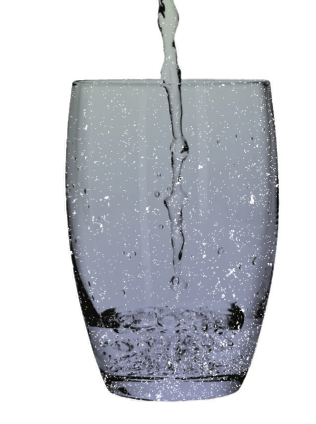 Every day, I pen a syndicated column called “Do Just One Thing” that appears in newspapers across the country. Over the past several years, I’ve accumulated thousands of tips that not only help people live a little bit greener each day, but are smart ways to cut waste and save money as well. In each issue of this magazine, I’ll round up my all-time favorite tips. They’re clever, fun, and simple enough that I think you’ll Naturally love to try them. –Danny Seo

Are you concerned about whether your tap water is safe to drink? Now it’s easy to find out if there are contaminants in your city’s drinking water; all you have to do is type in your zip code. The Environmental Working Group has launched the EWG Tap Water Database at EWG.org/tapwater. Just plug in your zip and you’ll see a complete list of contaminants found in your city’s water supply. The report also deciphers the results—are the levels safe? Are they too high? And even if a contaminant is at a legal level, you can learn what independent scientists think about the pollutant in terms of public safety.

Vinyl records are experiencing a huge resurgence in popularity among both music lovers and collectors. That means the box of old records you’ve had stashed away may actually be worth something. But before you tote a heavy stack of vinyl history to your local record shop, do a little research first. Check out the website Popsike.com, which has over 15 million auction results for record sales. You’ll find that some of your old faves are worthless, such as classical and opera albums or blockbusters from the 1980s. The hot sellers? Pop, rock, jazz, blues, ‘60s favorites, and some country titles. Give the site a spin; it’ll give you a sense of what’s valuable for resale—and what can be left in the basement.

When we think about saving energy in the kitchen, we often don’t think about small appliances such as coffee makers and grinders, blenders, toasters, and microwave ovens. These little helpers are a frequent part of our lives, and as such use tons of energy over time. Instead of keeping them plugged into the wall (where they still draw power even when not in use), plug all of them into a single power strip. This does two things: First, you can flip a single switch to turn off power to everything and save electricity; and second, if there’s an electrical surge from a storm it will protect the appliances from being damaged.

Whenever you buy a cup of coffee, a pair of shoes or a sack of groceries, would you like to round up your purchase to the nearest dollar to help a worthy charity, too? A new smart phone app called Drops let’s you do just that, and it’s easy to use. Once you’ve installed the Drops app on your
phone, simply sync a credit card to it. If you buy a cup of coffee for $1.97, for instance, it will automatically round up your purchase to $2 and donate the three cents to charity. You pick the organization that benefits from your donation. Every two weeks the Drops app will give you an update on how the small change you’ve paid forward is helping to make a big difference.

When you yank mounds of invasive weeds out of your backyard garden, what do you do with them? Sure, you can compost them. But when you spread the compost, will you also be spreading weed seeds? Or do you toss them into a garbage bag and send them off to the landfill? Actually, the greenest solution is to bag them in black plastic trash bags and then compost them. Placing the weeds in a black bag to allow them to bake in the sun is a simple way to scorch and kill the seeds. It’s called solarizing. After a few days, simply empty the bag right into the compost and you’re good to go.