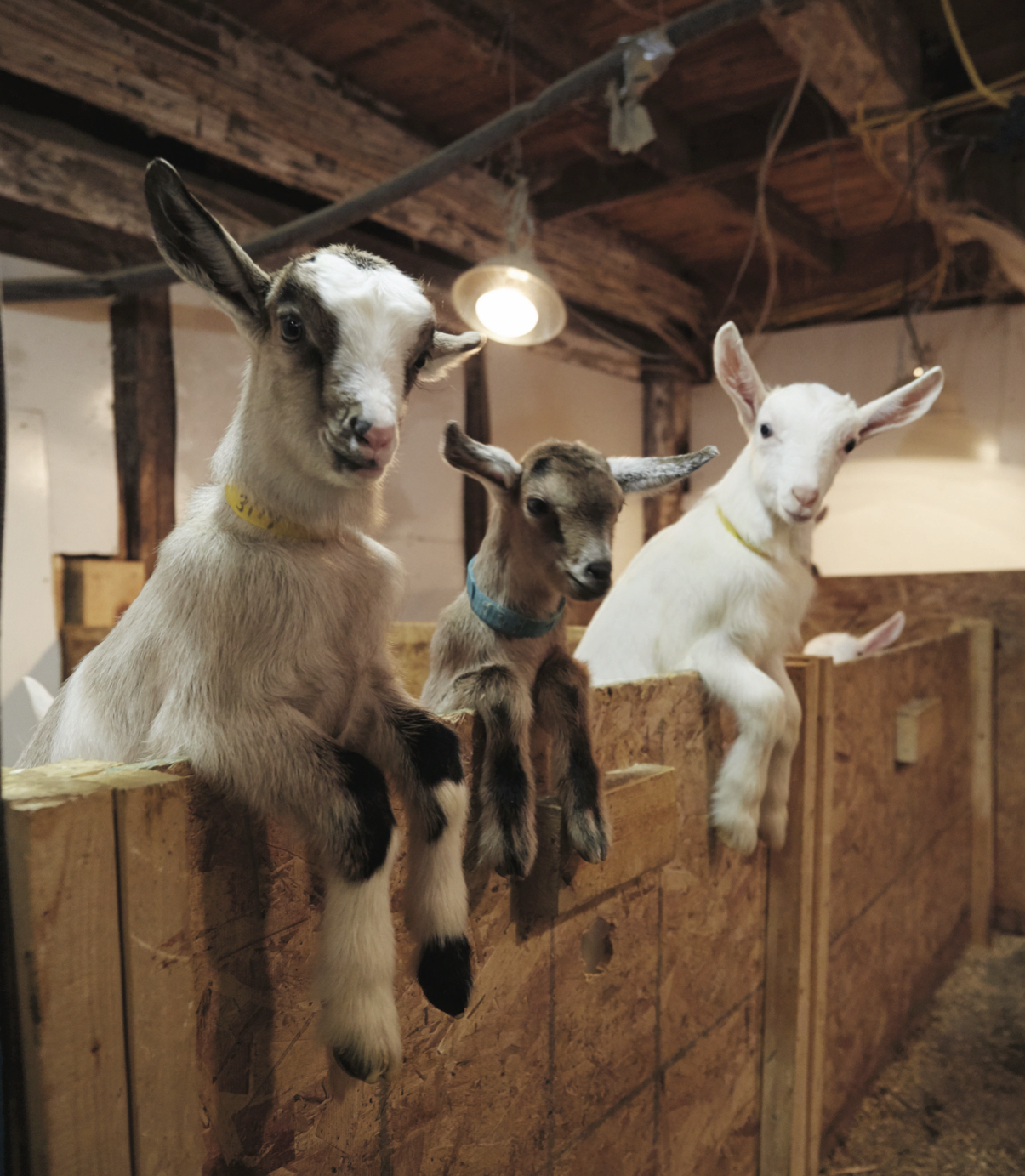 It all started with a quaint trip to the country to go apple picking, a fall favorite of nature-starved New Yorkers second only to obsessing about peak weekends for leaf peeping. But Josh Kilmer-Purcell and Brent Ridge came home with more than a fresh basket of Fujis when they happened upon the once-booming summer resort town of Sharon Springs, situated about 3 hours northwest of Manhattan. Its current population is 547, but flash back 120 years and the fashionable summer crowd drawn to its mineral waters and idyllic charm would swell to an unfathomable 90,000. Just on the outskirts of town, they passed the 1802 “McMansion of its day,” Josh says, that would ultimately change their lives. At the time, though, they bought the place as a weekend getaway where they could escape their hectic jobs—Brent as an ad exec who’s also a successful author and Josh, a doctor trained in geriatric medicine who became the VP of Healthy Living for none other than Martha Stewart.

A Couple of Plot Twists

Buying the house meant that the duo owned a literal mansion (that had been meticulously renovated by a former owner) along with 60 acres of land complete with a pond, expanses for gardens, a lovely red barn—and apparently room to spare. Not long after they took possession of the property, they came home to a note from a local farmer, John Hall, who had just lost his own farm and was looking for a place for his much-loved goats to graze. (“P.S. I’m gay,” sat below the signature, a sweet footnote that communicated a connection to Josh and Brent, who report that the area
is very welcoming to the LGBT community.) Since they weren’t exactly using the barn, Brent and Josh made a handshake deal—to this date, no formal contract has ever been drafted or signed—to let the goats move in.

“Farmer John” soon followed, taking up residence in a small cottage about a hundred feet away from the goats’ new digs. It was a nice tale of neighborly goodwill that could have ended there. But a year later, the recession hit and, just a month apart, Josh and Brent’s jobs vanished, and they fretted about losing their country place.

What Can You Do with Goat Milk?

The duo had toyed around with using the natural resource streaming from their barn-turned-goat- shelter. They had considered making soap for Christmas gifts just months before, but with no income and a substantial mortgage to pay, they got serious about the liquid gold, er, white. “We were desperate,” says Brent, who credits that as the motivation to pursue a business with whatever—and whoever—was around them. “We met our neighbors by knocking on doors,” Brent explains. “We got introduced by one neighbor telling us about another.”

Learning from locals about how to farm and make products with the spoils—plus culling from their own professional experience—a star called Beekman 1802 (named after local merchant and original owner of the farm, William Beekman) was born.

Developing products meant needing a place to sell them, which led to a website and eventually, in the entrepreneurial spirit of William himself, a mercantile. “It was a natural progression,” Brent says.

They purchased an 1860 building that once housed a town hall, court, and jail before standing empty for a long stretch. To stock the mercantile, the pair wondered what the Beekmans might have sold back in the day. Again, they turned to local craftspeople to develop hand-made goods using time-honored techniques—potting, weaving, woodworking—to augment their own growing line of goat-milk personal care goods and food.

Given their proximity to a media center like New York and experience working in it, word quickly spread about them, the little town of Sharon Springs, and its big community of talented artisans. And it piqued the interest of producers who created the reality show, The Fabulous Beekman Boys, which ran for two seasons, documenting life on the farm and the establishment of the store. In 2012, Brent and Josh also signed up for CBS’s The Amazing Race…and won! The million-dollar prize went to pay off their mortgage so Brent could move full-time to the farm. It also went toward purchasing the building that became the mercantile, and fueled a food line whose profits went to help local farmers.

Since then, they’ve settled into farm life, expanding both their product lines (this year saw the launch of sunscreens for face and body) and staff—along with the mercantile itself. They also wedged in too many personal appearances to count, planted and tended a vegetable garden of 52 raised beds that feed them most of the year. Oh, and they’ve written cookbooks, hosted festivals and garden parties, started publishing a quarterly almanac and, among many more things, maintained blogs. Phew.
Because the married couple makes it look like a breeze, though, it would be easy to overlook how their continued efforts have built their brand into the success it is today. “We always say the motto is: ‘Work hard. Never quit. Help your neighbor,’” Brent says. “If you follow that you’ll be successful.”

“Our products are sustainable, but what we try to do is provide a way to sustain other people and not just the environment.”—JOSH KILMER-PURCELL

Our happiness at this stage is not accumulating wealth,” Brent says. “We don’t have a monetary legacy. What we ask ourselves is, how are we going to make other people’s lives happier?” For this pair, it’s all about community. “I think you have to have a curiosity about your neighbors. We’ve gotten away from the idea of what community is,” Brent says, noting how the TV show brought visibility to them, their neighbors, and local artisans and effectively portrayed Sharon Springs as an appealing, modern-day Mayberry.

“Work hard. Never quit. Help your neighbor. If you follow that you’ll be successful.” —BRENT RIDGE

But this isn’t a tale of gentrification, which, Josh points out, is “about changing what’s there. This location changed us and we worked with what was here.” And that approach has proven to be mutually beneficial. Locally, Beekman 1802 now employs 27 people—the second-largest regional employer after a Walmart distribution center—and almost 100 more around the country.

“We would love to replicate the Robin-Hood style of business so that we can be a national company that supports local roots,” says Josh. If they open other stores, the plan would be to sell their established products plus those of the artisans from the store’s environs. “Our products are sustainable,” says Josh, “but what we try to do is provide a way to sustain other people and not just the environment.”

As the business continues to grow, Brent and Josh keep their eyes open for projects that can piggyback on its success, like renovating another one of Sharon Springs’ historic buildings or, one day, establishing a scholarship to fund a local student to travel the globe—and hopefully come home and work for Beekman 1802. “There’s no way you can take care of the whole world,” Josh muses, “but you can take care of the person next to you. And everyone lives next to somebody else. That’s sustainability.” 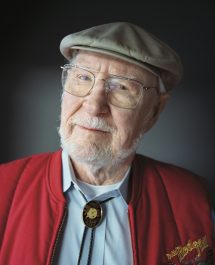 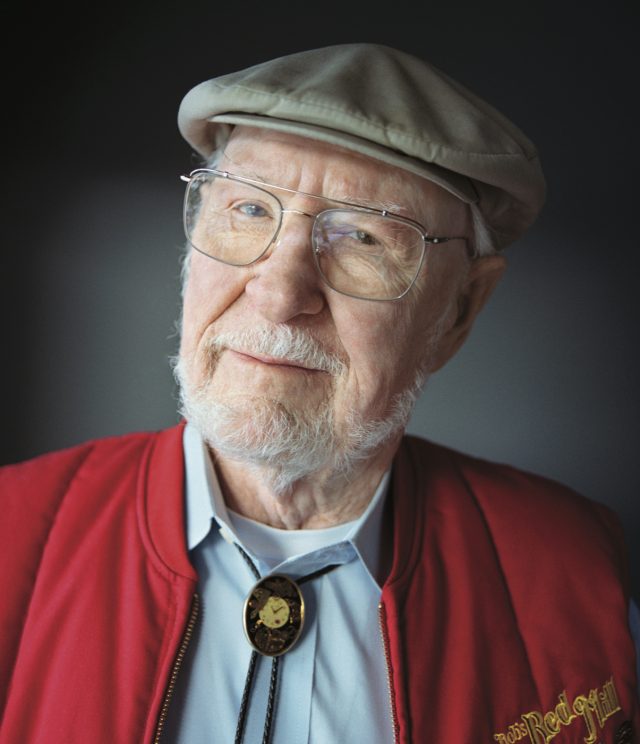 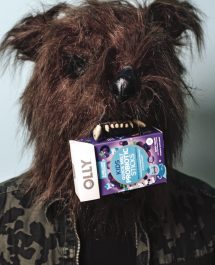 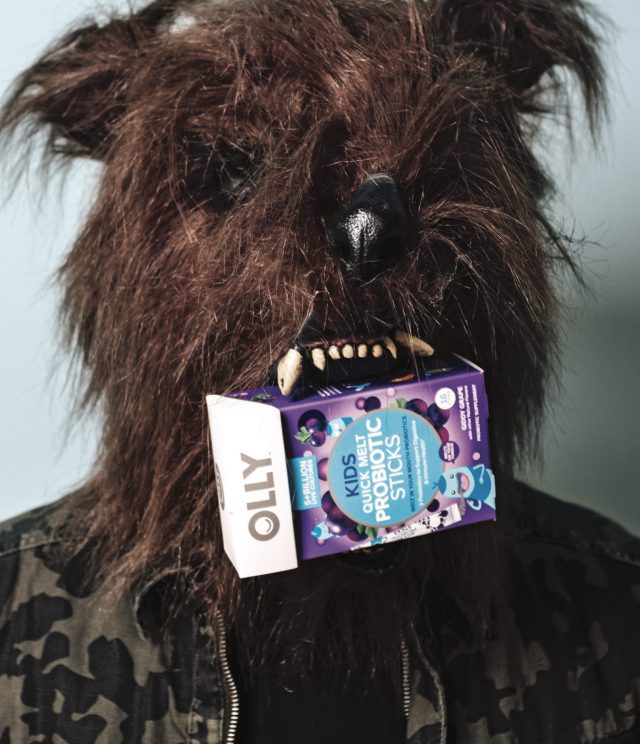 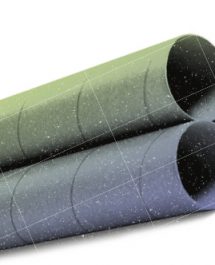 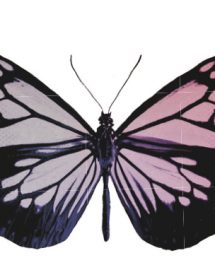