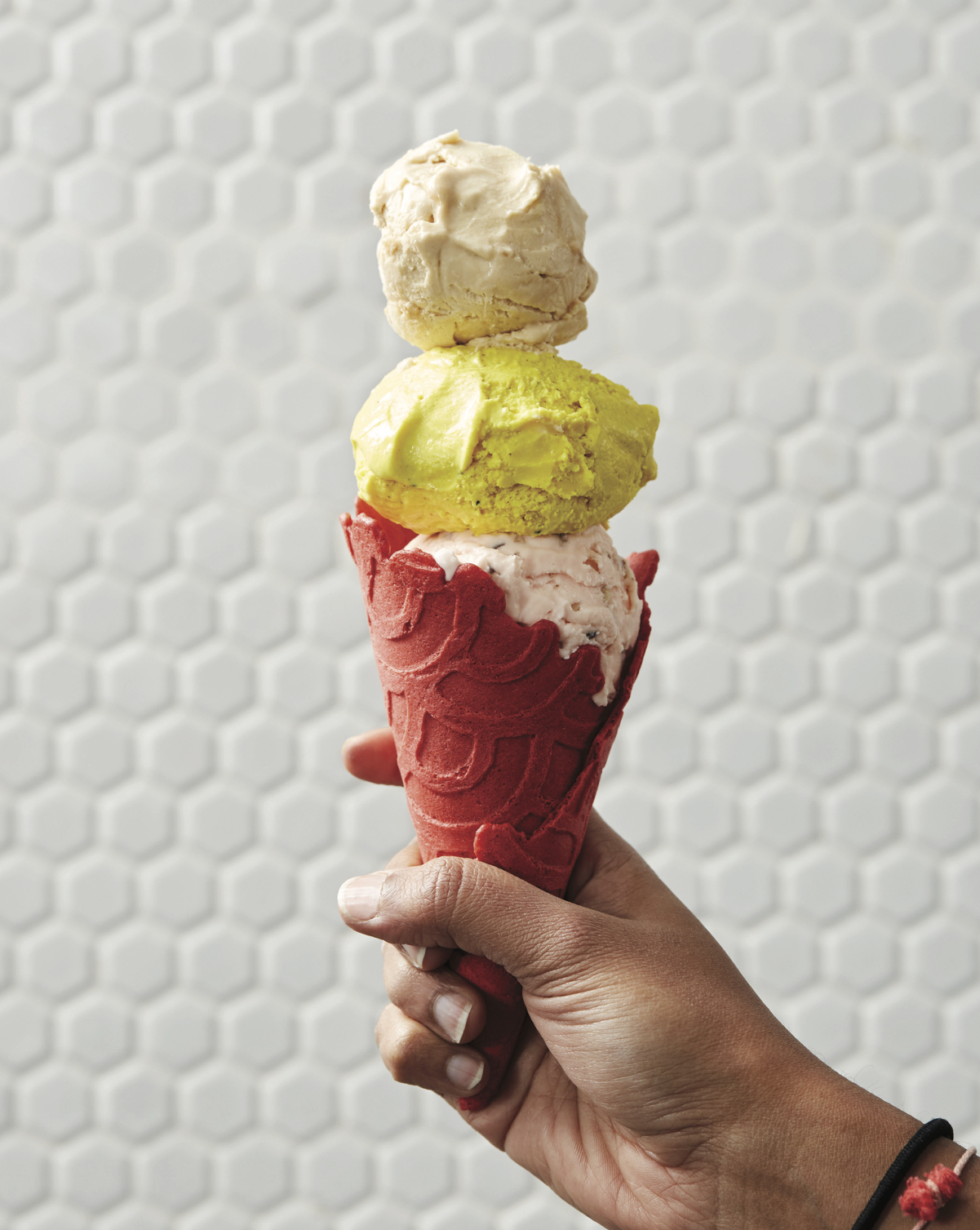 Pooja Bavishi had barely hit the double digits when she made a connection that would hold great sway over her life: making desserts equals making happiness. And for that, she has none other than Mrs. Fields to thank. The 10-year-old Pooja tuned in to a show that Debi Fields was hosting at the time, “Great American Desserts.” The famous cookie maker’s enthusiasm for her craft and the precision with which she turned a host of ingredients into a perfect white-chocolate cheesecake prompted young Pooja to declare her intention to make it for her family. Her mom gamely agreed to take her shopping and cleared out of the kitchen.

The results were a bit of a disaster— “It was just terrible looking,” Pooja remembers—but the lesson was a sweet one. “When I gave slices to my parents and sister,” she says, “they were just so happy. It was such a feeling of gratification for me, because I did it all on my own. I had made something for someone else, and they were so happy to receive it. I just remember that feeling and I became so interested in desserts, simply because of this idea that it’s always going to put a smile on someone’s face.”

Growing up in North Carolina, Pooja continued to study and hone her cooking skills, becoming the designated dessert maker for family and friends. Early on, she declared her intention to own a dessert business one day. She held on to that notion even as she studied more complex ways to improve people’s lives through work in public policy and fair housing, eventually earning a master’s degree in urban planning from the London School of Economics and Political Science. When she arrived at a crossroads in her career, it was her parents—both tech entrepreneurs—who encouraged her to alter course and turn her sweet passion into a business. That path led her to New York City and NYU’s Stern School of Business, where she earned an MBA and a better foothold on finding success in the for-profit world.

Baked goods were her specialty and the foundation of her plan at the time. She viewed ice cream as a supporting player, something to serve on the side. Then the serendipitous gift of an ice-cream maker, given to her by her parents as a housewarming gift when she got her first New York apartment, sparked an aha moment. “I was hosting a ‘friendsgiving,’” Pooja says, “and for the first time ever, I took out my machine to make homemade ice cream to go along with the desserts. I knew ice cream had this really, really blank palate, so I started looking through my spice cabinet, which was stuffed with everything that I grew up with. I had all these global spices, a lot of East South Asian influenced spices. I made these ginger and star-anise concoctions, and my friends were like: ‘this is something we have never had before. This is your concept.’”

“People automatically respond to food that is made with care and emotion, and that stirs their own memories. Those are the deep feelings that I want them to experience.”

Her concept became a delicious one, with the combination of her worldly spices and a recipe she developed for ice cream that relies on an egg-less base of sweet cream. The result is a light and luscious ice cream that makes a cleaner vehicle for her unexpected flavor combos—such as rose water and cinnamon or golden turmeric and ginger. (Malai translates as “milk fat” from Gujarati, the language spoken in her family’s region of western India.) “When I was trying to create my own base,” Pooja says. “I realized eggs kind of masked the flavor of the beautiful spices I was using. I wanted them to shine through.” To push the flavors further, she uses fresh, organic spices, which also imbue her frozen creations with rich, real color.

Since launching Malai in 2015, Pooja has built up a devoted following that finds her scooping out a rotating selection of 15 flavors at weekend markets and fairs around Manhattan and Brooklyn. She has plans to open a storefront and expand her wholesale reach to areas beyond the city. Until then, she enjoys the direct contact with her customers, where she still gets to see the happy reaction her creations evoke. “It’s so cool to watch people try something like our rose ice cream for the first time,” she says, “and see their facial expressions change as they try something they’ve never had. It’s a privilege more than anything, that we can introduce these flavors and though they might be familiar and even nostalgic, they’ve never had it in this form before.”

Even two decades later, clearly she’s still in it mostly for the smiles.

“I OFTEN TURN THESE SHORTBREAD COOKIES INTO SPOONS FOR ICE CREAM! FEEL FREE TO SUBSTITUTE SOFTENED UNSALTED BUTTER FOR THE GHEE. IF YOU DON’T HAVE SEMOLINA, ANOTHER COARSE GRAIN, LIKE RICE FLOUR, WILL WORK.”

► Preheat oven to 350°F. Line a baking sheet with parchment paper. Set aside. ► Sift together the our, semolina, baking soda and salt. Set aside.
► In a separate bowl, whisk together gheeand sugar until it is well combined and smooth. Add the rose water and mix in. ► Using a rubber spatula, add the sugar/ ghee mixture to the dry ingredients. Fold and mix until everything is well incorporated.
► Mix in the 2 tablespoons of ground pistachios, if using. ► Divide the dough into 12 equal portions, and make into round balls. Flatten each ball slightly, using the palms of your hand and place gently onto prepared baking sheet. Repeat with remaining dough, allowing room on the baking sheet for the cookies to expand. Top each cookie with a single pistachio in the center, pressing down slightly. ► Bake for about 15-18 minutes until the cookies have turned lightly
golden in color. Let cool completely on a wire rack. ► Fill with your favorite ice cream to create a sandwich.

“MY MOM USED TO MAKE THIS EXACT RECIPE WHEN I WAS LITTLE, SO THIS RECIPE IS A PIECE OF MY CHILDHOOD. I LOVE IT AS IS, BUT THIS RECIPE IS A BLANK PALATE—YOU CAN FLAVOR IT HOWEVER YOU WANT. TRY ADDING CARDAMOM, ROSE WATER OR PISTACHIOS. I’VE SUBSTITUTED COCONUT MILK FOR THE WHOLE MILK, AND HAVE EVEN ADDED COCOA POWDER.”

1 cup whole milk, heavy cream or half and half (depending on how rich you want your kulfi)

► Prepare your ice pop molds according to manufacturer’s directions.
► Whisk together condensed milk, evaporated milk and dairy. Make sure that everything is well combined and the condensed milk has completely mixed into the other two liquids. ► Pour equal amounts into molds and let freeze overnight.
► Unmold using the directions of your molds. Garnish with chopped pistachios, pomegranate seeds, or whipped cream.

“I ALWAYS HAVE SOME OF THIS IN THE FREEZER. IT’S SUPER SATISFYING, EVEN THOUGH IT’S JUST FROZEN BANANAS. AND IT’S VEGAN!”

► Blend bananas in food processor until they are the consistency of soft serve ice cream. This may take some patience, but keep going! ► Blend in coconut cream, agave and cardamom, and transfer to a freezer container. Eat immediately or freeze until solid. Top with chocolate chips. ►Throw in some espresso or cocoa powder for different flavor profiles. But be sure to use the coconut cream (or a nut butter) to get a really creamy texture. **You can skim the cream off the top of a can of coconut milk. If it’s not already separated, put the can in the fridge overnight or for a few hours. After it’s sufficiently cold the cream will be on top and the water on the bottom. Just make sure not to shake the can when you remove it from the fridge.

POOJA SHARES TIPS FOR OTHERS LOOKING TO TRADE IN HIGH-POWERED CAREERS FOR HEARTFELT PURSUITS.

LISTEN TO YOUR INSTINCTS.

Pooja acted on her “friendsgiving” aha moment. “Within the course of one week, things fell together in a serendipitous way and my path forward became clear.”

BELIEVE IN YOURSELF AND YOUR VISION.

Go in with confidence and go for it completely. “Taking the first step means putting everything else aside and devoting yourself to the project.”

Take courses related to your goal for formal education, along with seeking advice from others who have taken a similar path. “No one is reinventing the wheel here. We are just putting our own spins on everything.”

Malai takes advantage of the Brooklyn Foodworks, a culinary incubator that offers commercial kitchens to rent along with a mentor program and an encouraging community of like minds. “I think the best part that comes out of working in a space like this is collaboration. We know each other well and recognize we can be more creative together.” 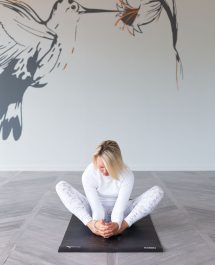 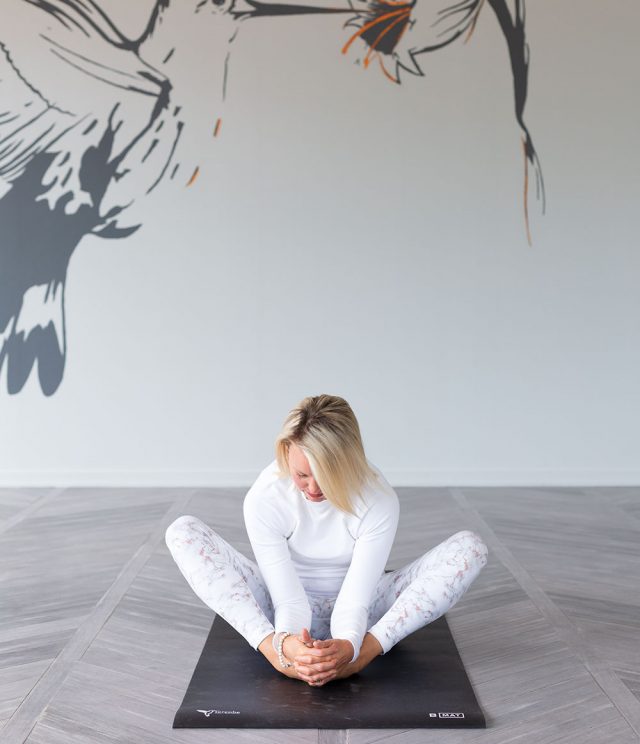 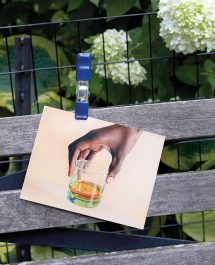 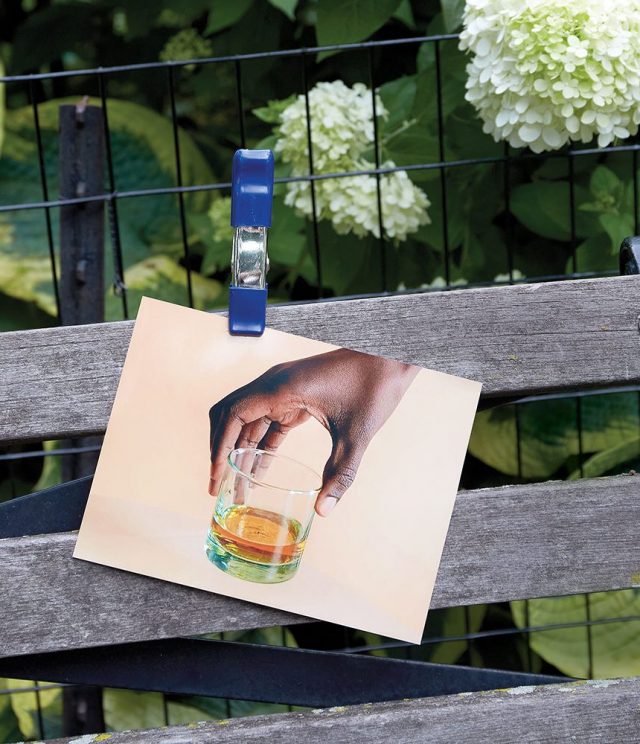 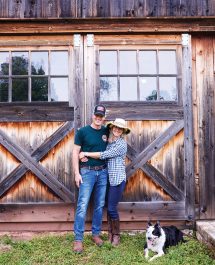 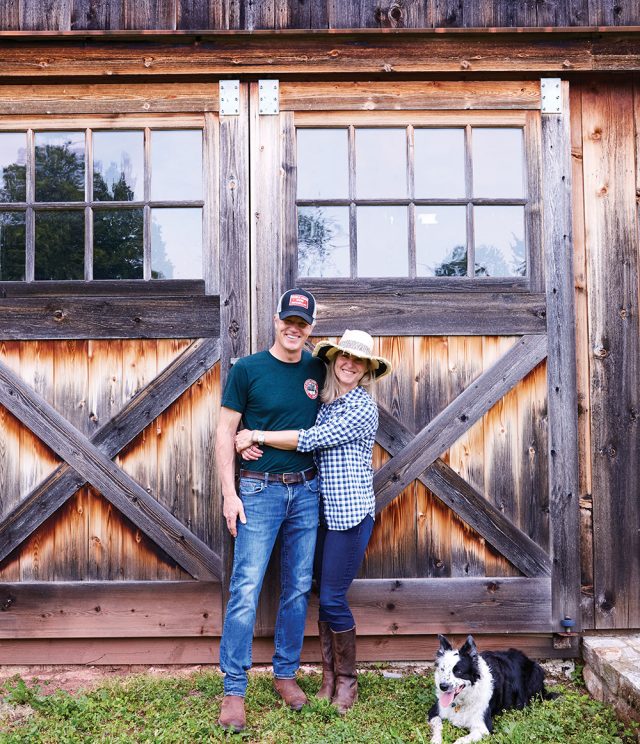 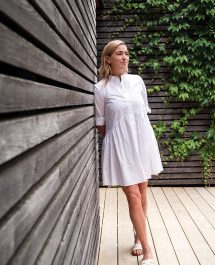 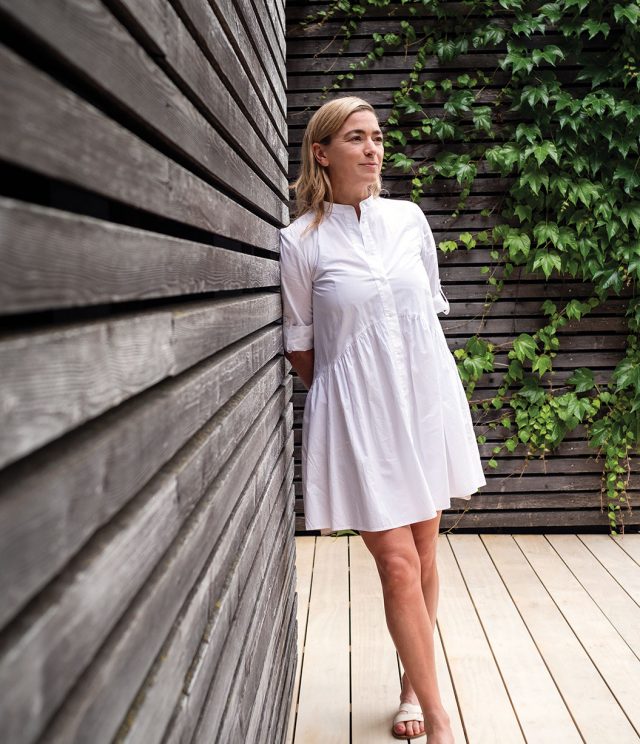