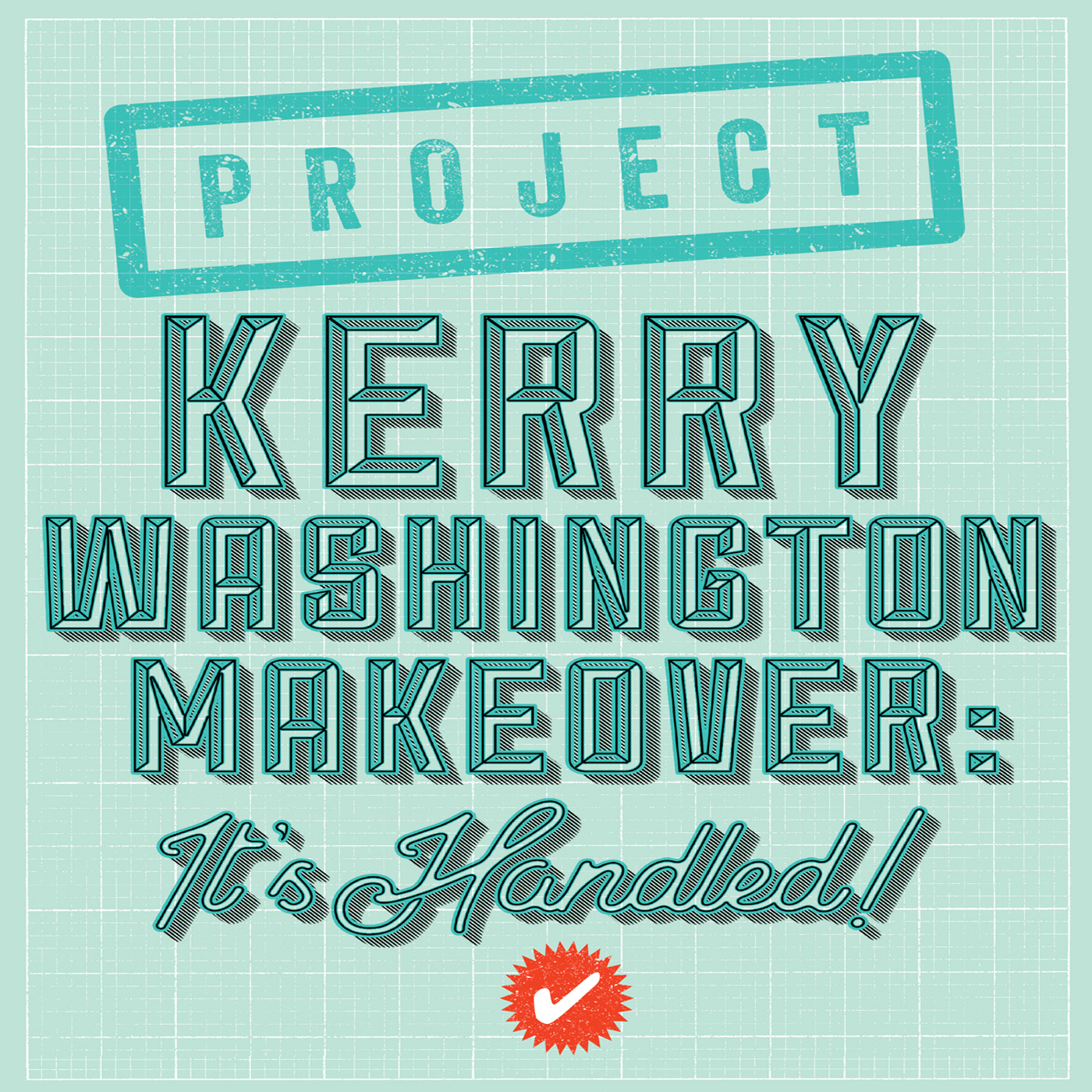 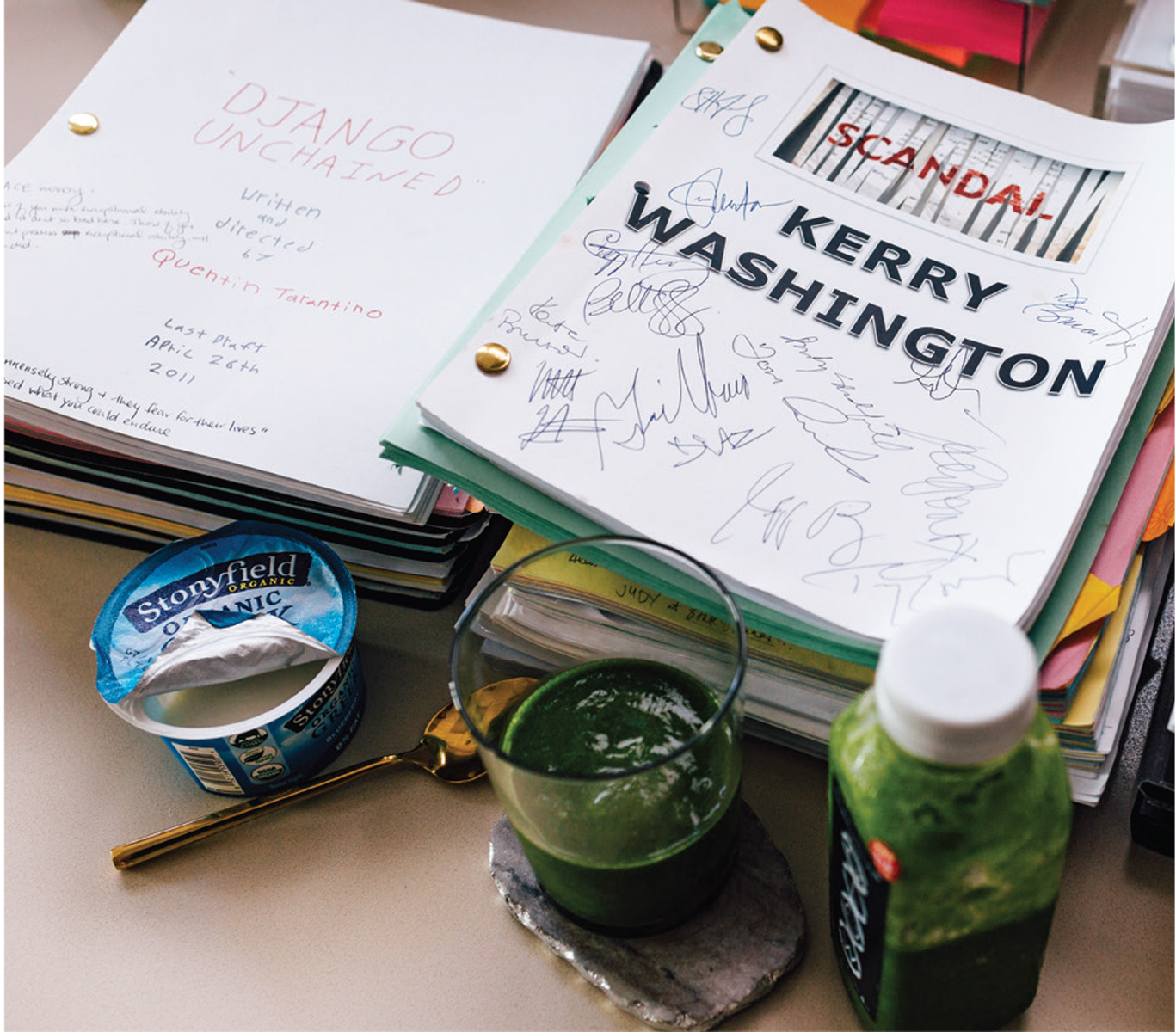 This past May, Danny got an email from his longtime friend—and Hollywood A-lister—Kerry Washington. She had a favor to ask: Her growing production company, Simpson Street, had moved into the famed Sunset Gower Studios building (the same spot where she films the ABC drama “Scandal”). Kerry loved the location, but the offices themselves were pretty drab—not to mention mostly empty. “We had all these rooms, but nothing to put in them!” Kerry recalls. So she asked Danny if he could help spruce up the space.

This isn’t the first time Danny and Kerry have done a makeover together. Nearly a decade ago—before Danny had his own magazine and TV show and before Kerry was a household name—he helped revamp her tiny apartment. “I was a single actress living with my dog. Now we’re grown-ups,” Kerry says. “I’m a mom, a wife, I have my own production company, and he has his ecomedia empire. It was fun to come back together again.”

At Simpson Street, Kerry wants to develop projects that make us feel connected to each other. In these turbulent and politically charged times, her goal, she says, is to “tell stories about the people, places, and things that are often ignored. To make room for all of us.” It was important to her that her team has an inspiring place to work. “We spend a lot of time here and work really hard, so I wanted to feel good about it environmentally, functionally, and aesthetically,” she says.

She communicated those wishes to Danny and then left him to do his thing. “I gave Danny NO instruction. There was no vision board, no nothing,” Kerry admits. “I wouldn’t have done it that way with any other designer, but I really trust him.”

Danny worked quickly: It took him just two installation days (plus 32 emails and 10 phone calls) to complete the makeover. “One of the things I’ve learned about Kerry over the years is this: She may be a fashion force on the red carpet, but she’s all about function first when it comes to home design,” Danny says. “This is where we don’t see totally eye-to-eye, because I tend to think about style first and then functionality second. When this project came around, I took it as an opportunity to demonstrate that I could marry the two together for her.” 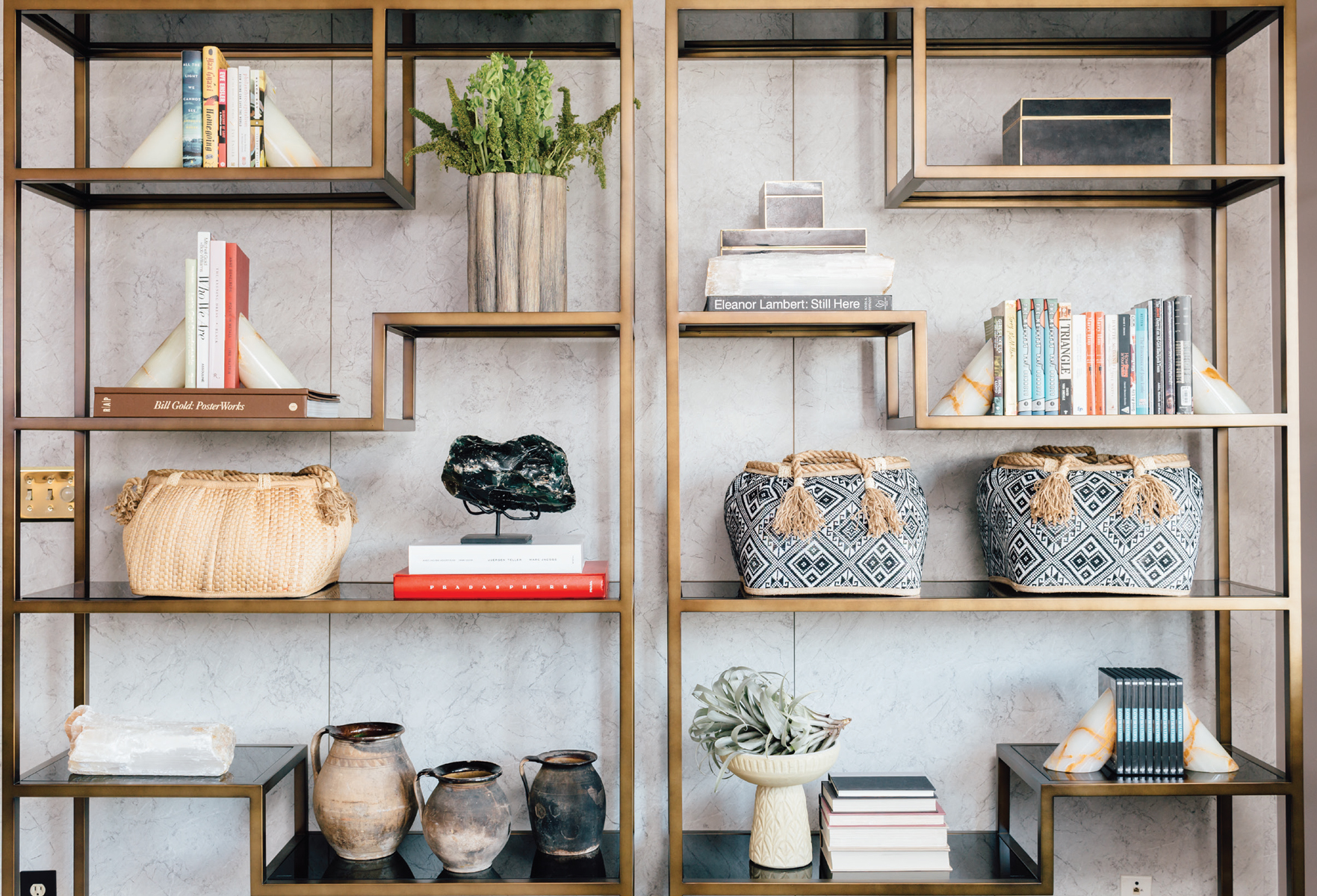 He started with the stodgy office walls. Instead of paint or wallpaper, he chose something more unexpected: eco-friendly Wilsonart laminate. To add subtle sophistication to a reading nook, he hung laminate that mimics marble behind an open bookcase. In the office of Chief Operating Officer Nicole Butler, he covered one wall in “Lush Jungle,” a fun, retro-inspired tropical print. And all throughout the offices, he used Wilsonart’s chalkboard and markerboard laminate surfaces on the walls. 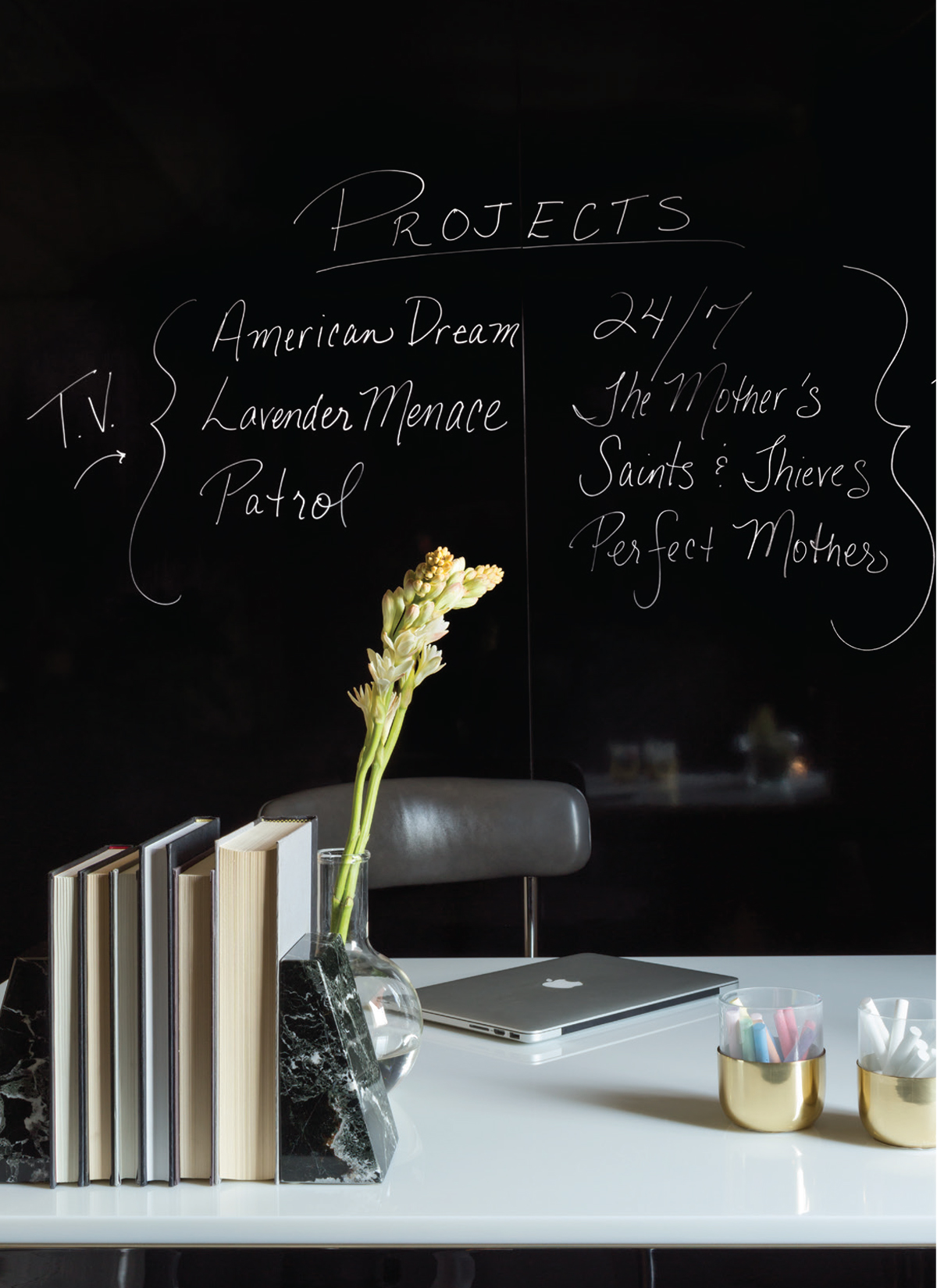 “They not only look great, Kerry can actually write on them—to-do lists, inspirational quotes, anything,” Danny says. Kerry says it’s been great for creative brainstorming. “We’re like a little startup trying to make moves,” she says. “There’s so much going on in this office that it’s good to literally be able to throw it up on the walls.”

Next, Danny shifted his focus to the furniture. He turned to Mitchell Gold + Bob Williams because the company aligns so well with his own values. “Yes, they make gorgeous furniture. That’s obvious,” he says. “But their commitment to American jobs in North Carolina, their sustainable practices and materials, and their vocal support of social and humanitarian causes were all too perfect.” 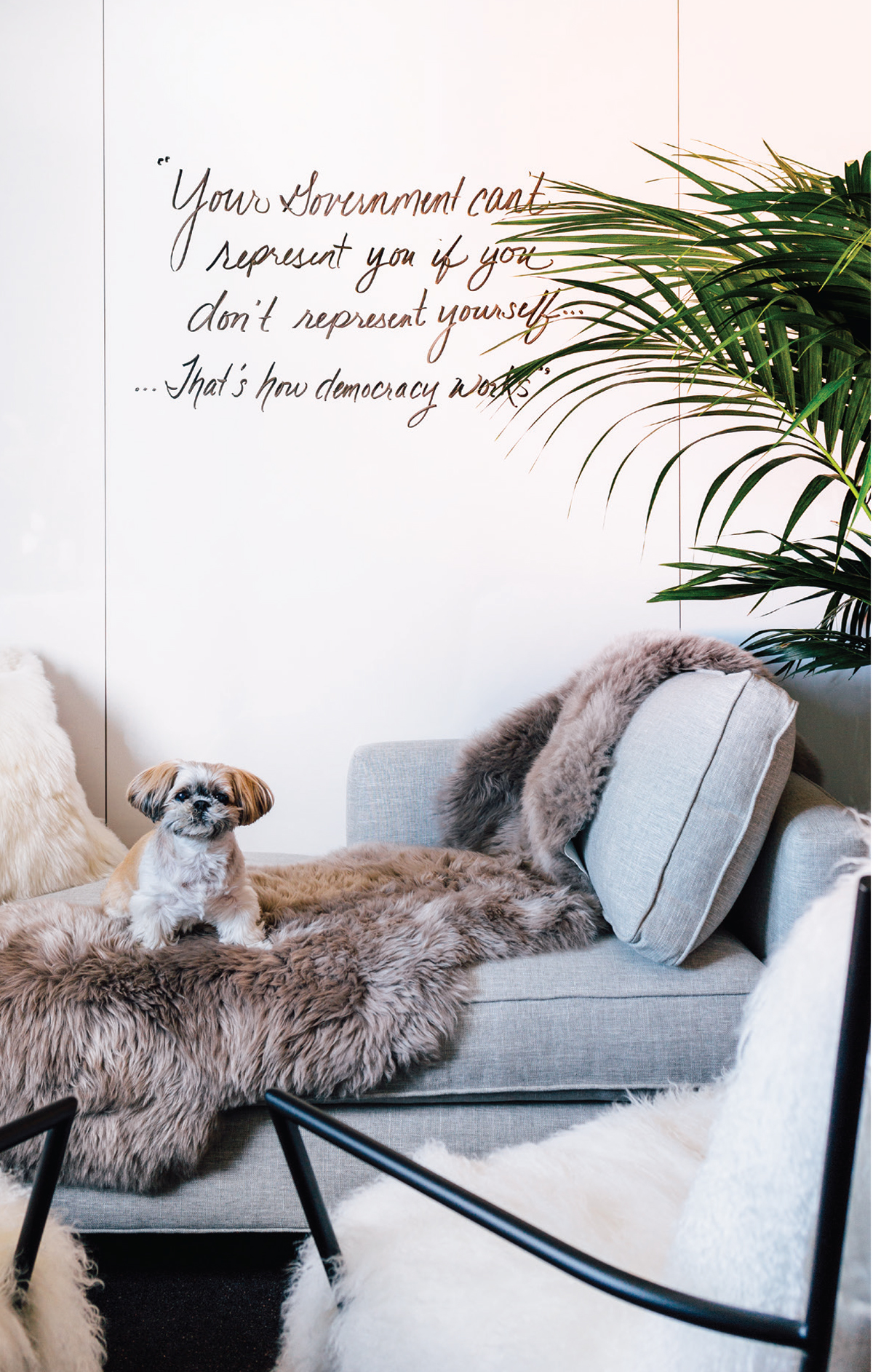 Kerry also loves how comfortable everything is. “We have a super-cozy seating area,” she says. “And the desk chairs feel substantive when you sit in them, but they swivel, which is great for brainstorming and using the white boards.” Mitchell Gold says one of his favorite parts of the makeover was seeing everyone’s faces as they reacted to their new offices. “Danny made sure each office reflected the personality of the person in it,” he says.

Kerry says the color palette—neutrals and metallics with jewel tone accents—helps her focus. That’s essential now that she’s a mother—her daughter Isabelle was born in 2014, and her son Caleb was born this past October. “My time management has become much more important,” she says. That was part of the appeal of the new offices: She’s already on site to film “Scandal,” so there’s no extra commuting time. She also appreciates all the history attached to the lot. “So many of the shows I loved watching growing up,” she says, “like ‘Fresh Prince of Bel Air’ and ‘227,’ were filmed here. And after shooting ‘Scandal’ for seven years, I have so many memories here.” 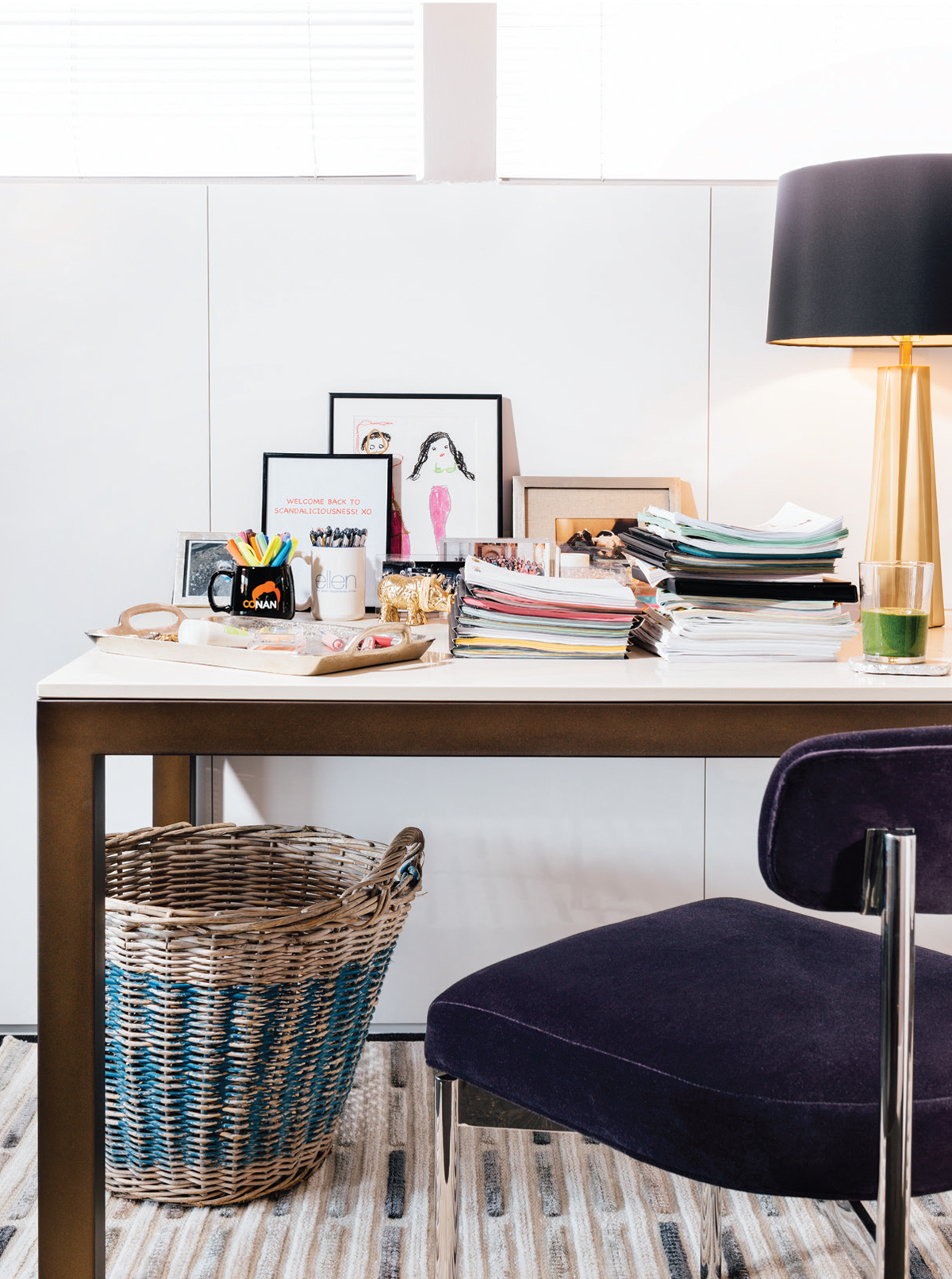 Another priority now that she’s a working mom: “If I’m away from my family, I better be somewhere that I love,” she says. “The things that can pull me away from them have to be quality. I need to be accomplishing goals that mean a lot to me with people I love, otherwise I’d rather be reading a storybook and changing a diaper.”

Now, with her sophisticated new Simpson Street digs, she can get down to business. She’s excited to take on projects that break expectations and tell stories in bold, creative ways, whether it’s a family comedy done as a digital series or a drama about female LAPD officers (“Patrol”). “I’m learning a lot about what it means to have an office with lots of people working in it,” she says. That includes making sure that, as the boss, her employees know how much she appreciates them. As she says, “This workspace is a small token of gratitude for the people I work with.” 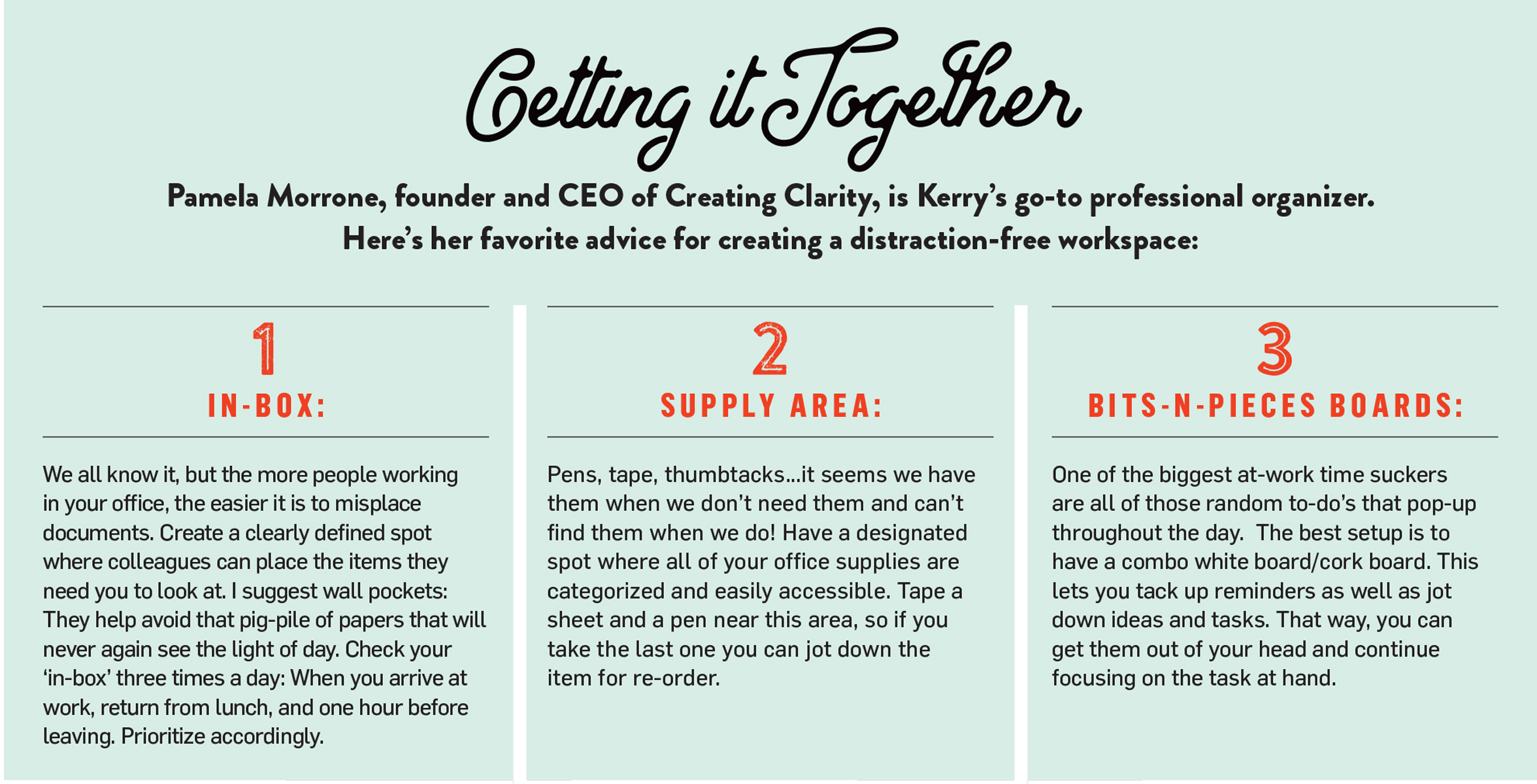