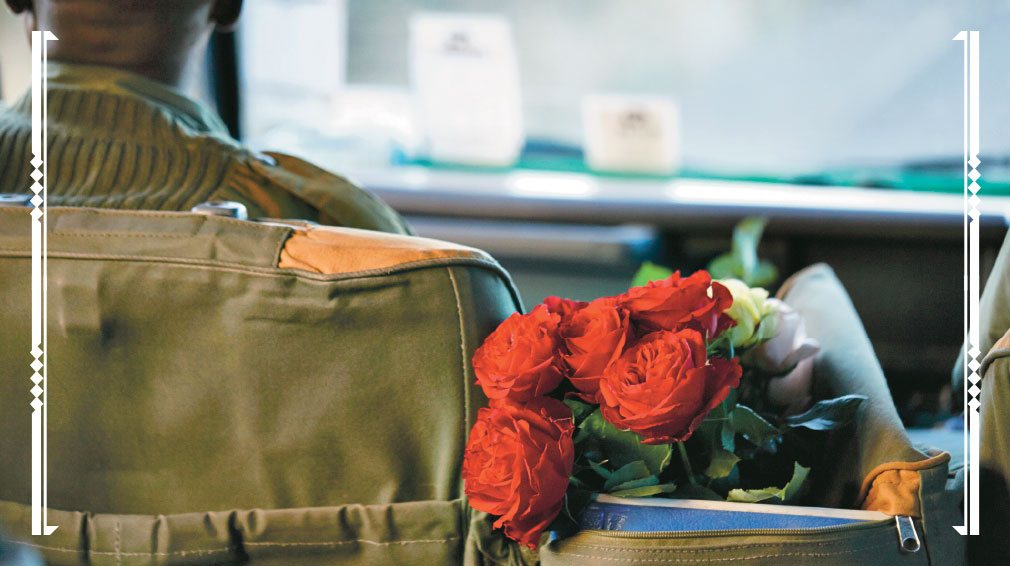 In a world where every star and supermodel has a perfume line, it seems infeasible that I would have one, too. I definitely don’t offer up the kind of high-octane glamour or sexiness (you do not want to see me with my shirt off!) to justify having my own scent. So how did I end up with not one but three of my own namesake perfumes? Here’s the scoop. The story starts three years ago. I was helping a celebrity friend of mine figure out what would be a unique point of view for her perfume line.

Could it be smarter? More sustainable? Maybe even give back to make our world a better place? She didn’t want to just slap her name on a bottle.

I started at the headquarters of Firmenich in New York City. In the archives of this century-old global powerhouse in the world of scent, I tapped a deep well of incredible history and discovery. Their scientific achievements are so advanced, they were actually awarded the Nobel Prize in Chemistry in 1939! I knew there had to be much more—I had just scratched the surface. Meanwhile, that celebrity I was helping? She got cold feet, but I keep scratching.

I discovered their technology called NaturePrint. Just as we humanoids have individual fingerprints, in nature, flowers have their own scent or, as they put it, NaturePrint. To capture the way flowers smell when alive, in their natural setting, and at their peak of scent perfection, the Firmenich scientists found, requires a needle that is embedded with microscopic pads. These pads act like a nose and “breathe” in the scent of the flower. Then, back in Florida, they can create a bio-identical match. The happy ending? A perfume that smells alive.

It’s this discovery that has taken me around the world seeking rare and beautiful scents. A breezy Tiare flower in Tahiti? A fragrant water hyacinth in California? Or a sweet vanilla orchid found in only one part of Australia? With these NaturePrint needles, it’s possible to capture these intoxicating notes. Since the launch of my Danny Seo Reserve perfume line, women have embraced the living quality of my perfumes. So, to make my fourth scent, I decided that Africa would be the perfect place to find inspiration.

Armed with my NaturePrint tools, I trekked to the African equator. In this special 16-page photo journey, I brought photographer Armando Moutela to document the process and recruited Micato Safaris to be my bespoke fragrance journey guides. 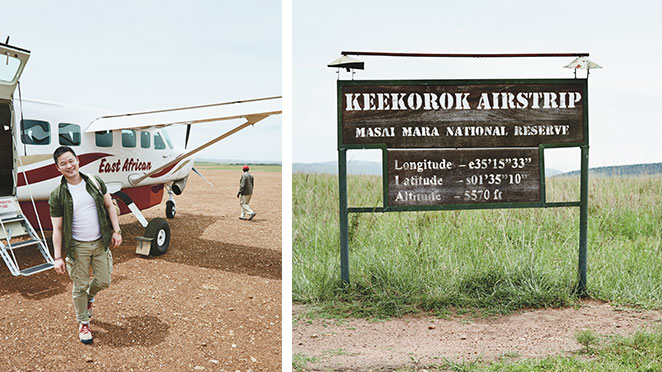 British Airways makes excruciatingly long flights a real joy. From Newark to London (hello, Heathrow shopping!) then finally to Nairobi, we finally arrive at midnight at Hemingway’s—a gorgeous 45-room hotel with large, spacious rooms that overlook lush gardens. It’s pitch-black outside and I really should sleep since we’re leaving bright and early for the African Bush. Jetlagged, I take a soak in the oversized tub and help myself to some Scotch. It. Does. The. Trick.

The next morning, a small bush plane transports us from the bustling city of Nairobi to a dirt airstrip in the Masai Mara Reserve. There is nothing here but a caravan of Land Rovers and an outhouse. 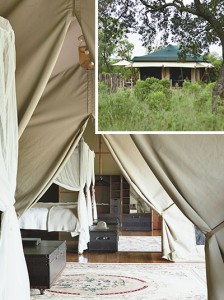 Don’t be fooled by the word camp: We’re glamping, people. Zip-up tents are furnished with plush beds, gorgeous furniture, and bathrooms with hot running water, thanks to solar-powered heaters. The staff even slip hot water bottles into your bed in the evening to keep you warm as the hot African days turn into chilly nights. There’s a crystal decanter with Port on the side table. I never said hunting for new scents had to be roughing it, did I?

1. Handmade bridges guide you along a path that connects all 16 tents.

2. One of the 16 tents on the property that are dotted along the banks of the Sand River. Monkeys have learned that these tents are filled with jars full of freshly baked cookies, so you have to make sure to zip up when you leave.

3. Each tent is the same except for one: the family tent (in case someone wants to recreate a modern version of Swiss Family Robinson). The décor intentionally mimics old Hollywood classics shot in Africa.

4. As this is located in a game reserve, guests aren’t allowed to walk alone at night since wild animals can be anywhere. Staff members double as guards to keep guests safe.

I came to Africa on a mission. But we’re nowhere near flowers today. And I have a photographer who is itching to shoot wildlife. So I throw him a bone (almost literally; carcasses can be found everywhere). Since we’re on the border of the Masai Mara National Reserve, which is one of the largest wildlife sanctuaries in Africa with nearly 10,000 square miles of protected land, I suggest we hop into an open-air Land Rover and try to spot The Big Five: Lion, Elephant, Buffalo, Leopard,= and Rhino. I keep sniffing at the air for scents as the Land Rover carries us over awesome country, but I just smell dirt and an occasional whiff of elephant dung. Oh well. 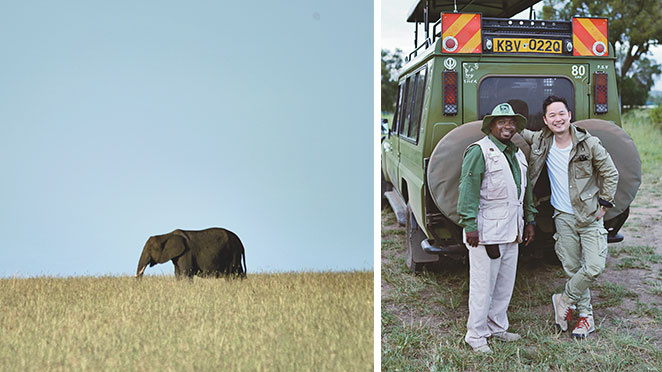 1. It’s not hard to spot elephants. This one strolled in a grassy field by the campsite and could be seen as I lathered up in my outdoor shower.

2. Micato Safari’s top guide—Philip Kibet Rono—is a silver-level guide, the highest rank Kenya awards. His specialty is crafting unusual safaris, and he tells me my request for a Fragrance Journey is a first. Scan this picture to watch Philip tell us about the Sandpaper tree: Mother Nature’s microdermabrasion.

3. A spotted leopard perches in a tree and scans the landscape. Our SUV drives right up to her and she is completely oblivious to us. Cars are seen as non-threatening “animals” to predators.

4. Zebra and Bucks are abundant everywhere. Use the Mohawk Live app to watch the video on your smartphone and see how we used a hot air balloon to get closer to these herds.

…check out the rest of Danny’s African adventure by picking up the premier issue of Naturally, Danny Seo. Out now.