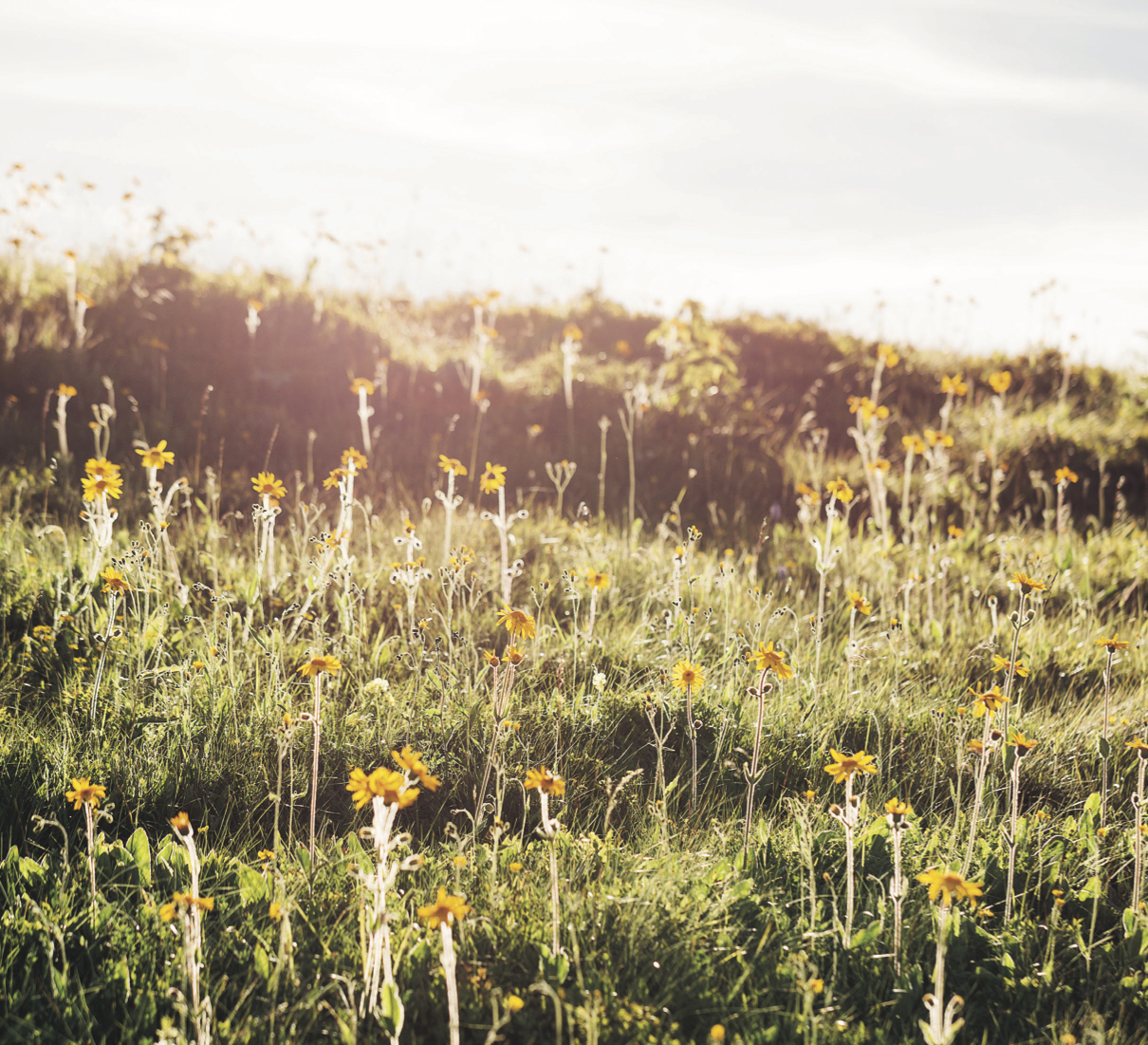 In the sloped, grassy fields of Le Markstein in eastern France, on a clear day you can see Mont Blanc. It’s perhaps the most magnificent of “office” views, and it’s enjoyed by 56-year-old Régis Buffiere who’s been coming to work here for the past 33 years. In jeans, a long sleeve beige tee-shirt, and no shoes, he lets his bare feet mingle amongst the stems of the bright yellow flower he’s there to pick: Arnica montana. Just after dawn this past July, Naturally joined Buffiere and over a dozen harvesters in the Vosges region of France to gather hundreds upon hundreds of the daisy-like flowers, which were then sent off to Boiron, the 84-year-old French homeopathic company that turns them into one of the world’s most successful, natural treatments for pain relief.

The composition of the one-to-two foot bright yellow wildflower, and therefore its effectiveness as a natural medicine, depends heavily on its environment, from the soil to the sun. This makes it a bit of a diva to develop—and during a very short window of time, to boot, between June 1 and July 20. Lands that slope? Check. High altitude? Check. Acidic, non-calcareous terroir? Check.

While Arnica is not indigenous to France (it can be found in other parts of northern and central Europe, southern Russia and parts of the northwestern United States), Boiron harvests solely where the plant’s natural habitat meets all of the above conditions in the country’s Vosges, Alps, Massif Central, Ardèche, Pyrenees and Aveyron regions.

And while Buffiere and his fellow harvesters in the Vosges will hand- pick, bundle and deliver over five tons each year, about 70 percent of the site is left untouched to preserve the species.

“It is important for the pickers, who are also botanists, to respect nature,” says Francoise Merceron, head of plant purchasing for Boiron. “The species needs to renew itself so we have the necessary resources for future years.”

Thankfully, only a small amount of the original plant is required to create the necessary medicine—but from root to petal, nothing goes to waste. Traces of its active, anti-inflammatory compounds helenalin and flavonoids can be found in the fuzzy green hairs of its stem as well as the surface of its petals and leaves. But, of course, it doesn’t go from pretty flower to cooling gel overnight.

The bundles arrive at Boiron Laboratories, just outside Lyon, via re- frigerated truck about 48 hours after the plants are plucked from the ground. Once unloaded, they’re checked for botanical and quality control before being put into a large machine that chops up the entire plant and extracts all the active principles in the “mother tincture,” the base from which all additional dilutions are made. This dark, tea-like mixture is then soaked in a hydro-alcoholic solution in stainless steel vats for 15 days. Then, presses separate the tincture from the residue, which is recycled into compost. After it’s measured for proper composition levels, it’s then shaken vigorously by machine before being added to a water-based gel or sprayed on pellets made from sucrose powder and syrup. The spraying cycle takes nearly an hour to medicate 10 pounds of pellets, which fills about 5,000 watertight tubes, while one batch of gel and tincture blends in a giant mixer for 3.5 hours to make 24,000, 2.6 ounce tubes. Finally, both containers are labeled, sealed and packaged by machine before being sent off to do their magic.

Arnica montana’s roots as a healing herb dates back to the 16th century when a nun well-versed in medicine wrote about its potential, and mountain climbers chewed the fresh plant to relieve sore, inflamed muscles and bruises from falls. It’d be quite some time before twin brothers Jean and Henri Boiron learned about its capability, and that of other plants, but once they did the two homeopathic-preaching pharmacists became responsible for founding the number one over-the-counter pharmaceutical company in France. Its Arnica products are now Boiron’s most popular—both within and outside of France—whether in gel, cream or pellet form.

“Arnica works naturally with the body to heal itself.”

While the use of Arnica for pain relief is just gaining traction in the United States—a completely unscientific Facebook poll recently yielded many comments praising its power—it’s been a household name in France for decades. “Arnica is one of the first words I learned as a kid,” says Anabelle Flory Boiron, a third-generation Boiron descendant who works for the company in development. “When my youngest child just started talking, it was basically the first word he said, too. Arnica is everywhere in France! In the bathroom, in the kitchen, in purses.”

From mothers who want to help rid their kids’ knees of bruises to marathon runners suffering from shin splints, the various medicinal benefits are numerous—and Boiron family members and employees aren’t the only ones who recognize the flower’s “magical” potency.

Dr. Lillie Rosenthal, an integrative osteopathic physician based in New York, aims to help people live more healthfully with the least amount of side effects by recommending such natural products.

“The species needs to renew itself so we have the necessary resources for future years.”

“A lot of my patients are athletes and dancers who use their body for their livelihood and they need something that’s going to work without risk,” she says. “People think if you can buy it in Duane Reade or Walgreens, it’s fine. But it’s not changing anything. It’s just a chemical Band-Aid. Whereas Arnica works naturally with the body to heal itself.”

In fact, Janick Boudazin, president and CEO of Boiron US, revealed that even cancer patients—particularly those who have to undergo reconstructive surgery—are now benefiting from the remedy, as doctors are recommending topical Arnicare gels and creams to reduce swelling and bruising post-procedure, as well as the pellets for aiding pre- and post-op relief.

He’s quick to point out, however, that it’s a complementary treatment: “Homeopathy is not pretending to cure cancer, but it will help support the healing process.”