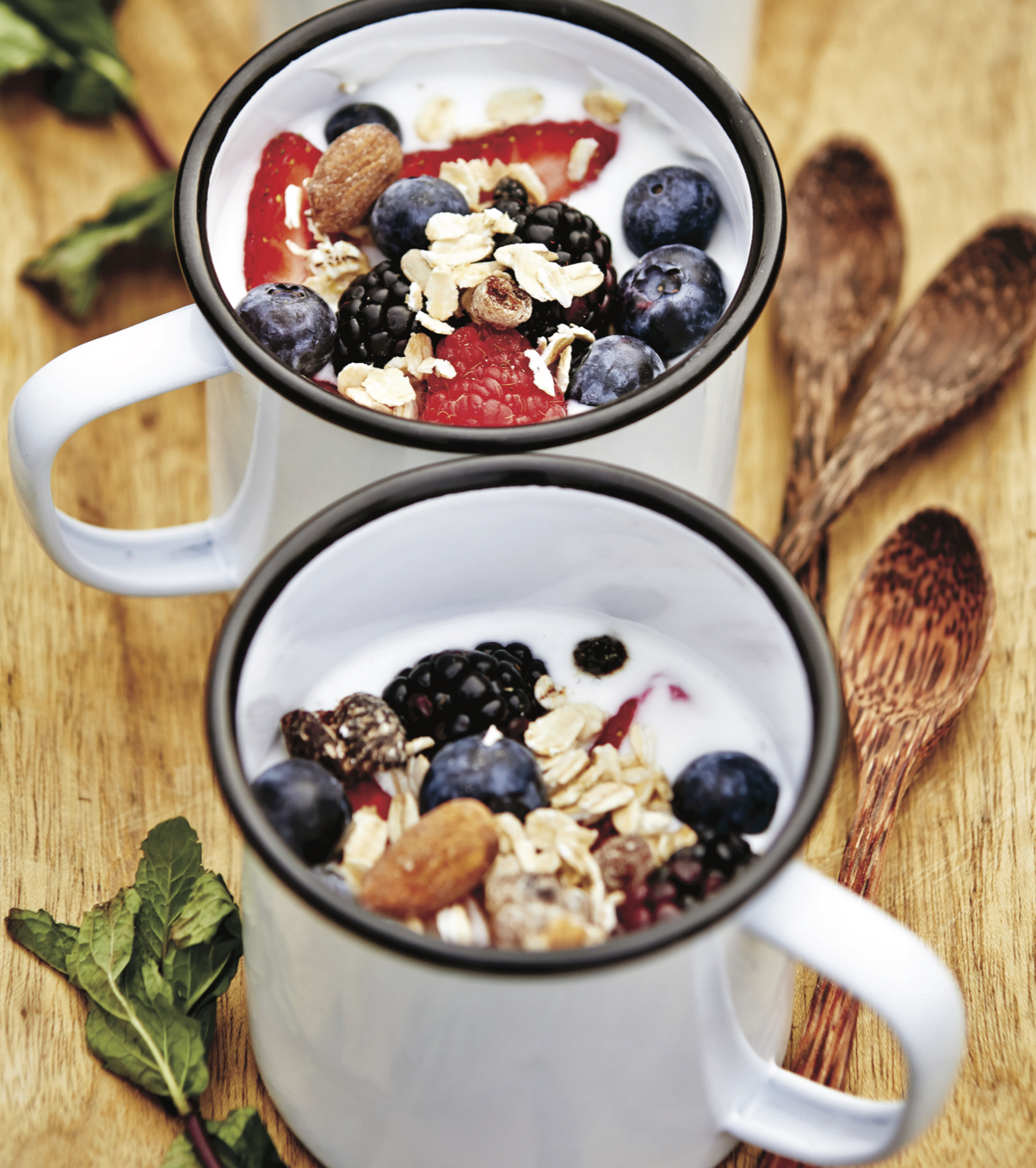 I’m willing to bet that making yogurt at home is easier than you think—and that the outcome is more delicious than you imagine. One of our family’s favorite treats is this home-made yogurt recipe; it’s been in my family for quite some time. Like most yogurt recipes, this one contains basically two ingredients: milk and starter culture.

For a sweeter take on the yogurt we add a little bit of sugar or honey, and load it up with fresh fruits such as strawberries and blueberries. Add a scoop of granola on top for a healthy breakfast. This recipe makes a yogurt rich and satisfying enough to serve as a lunch or light dinner. To make it more filling—and fun!—I like to serve the yogurt in a large bowl along with small bowls of toppings (fruits, nuts, seeds, maple syrup, honey), like a self-serve sundae bar, but one that’s as healthy as it is tasty.

► Pour the milk into a large pot. Place over moderate heat until the milk starts to foam but not boil. Reduce heat and let it simmer for about15 minutes.

► Stir occasionally to prevent the milk from creating a skin on top. Once a thick foam forms on top, remove the pot from the heat. Set aside; allow pot to cool to room temperature (about 20 minutes).

► In a separate small bowl, pour 1 cup of the heated milk and mix with 3 tablespoons of the yogurt. Combine but don’t mix vigorously. Pour the mixture back into the large pot of milk and stir.

► Cover the pot with a warm kitchen towel and set it by a sunny window for 6 to 10 hours. You can also place a heating pad set to light heat under the pot to keep the mixture warm. The longer it incubates, the thicker and more tart the yogurt. Do not disturb the yogurt during this period.

► After incubation, you can refrigerate and store the yogurt in a sealed container for up to two weeks.

Choose organic whole or 2% milk for a thicker yogurt; skim milk will produce a thinner yogurt.

Don’t disturb the yogurt while it sets, or incubates.

For a shortcut, use plain organic yogurt as a starter. Commercial and heirloom starters are available, but require more careful incubation.

Put the fruit on top just before serving so that it doesn’t sink to the bottom.

Don’t let the milk boil. As soon as you see small bubbles forming, lower the heat. This brings it to the right temperature, which is 200° F or just below boiling.

Yogurt is a versatile base for a variety of stir-ins. Try salty peanuts, cardamom, cinnamon, lemon zest, oats, or mint leaves to name just a few.